Chen Li, general manager of China Mobile’s Shanghai branch, called for Shanghai to become one of the first cities in China to receive a 5G license during this year’s session of the National People’s Congress.

“Shanghai is the only city in the whole country where all three basic telecommunication operators have participated in the trial and pre-commercial run of the 5G network, and 5G has great potential to propel the economy of the entire Yangtze River Delta region,” said Chen, who is also an NPC deputy.

In Shanghai, China Mobile aims to build a model zone with both an optical network and a 5G network with bandwidth of one gigabite by the end of March this year, and construct at least 5,000 base stations for 5G communication around the city by the end of September, Chen said.

Meanwhile, the company will upgrade all household broadband to the gigabit level where possible by the end of this year, and at least 3,000 buildings will be able to use 10 gigabites broadband this year, he said.

“We’re also pushing for the application of 5G in different sectors of the economy and society, such as the automobile industry and hospitals, to drive innovation in business and services,” he said.

To secure the construction of the 5G network, Chen called for specific laws and regulations on the planning, as well as protection of infrastructure for telecommunications, which is currently not legally defined as public infrastructure.

This restricts the efficiency of construction of such infrastructure, and some equipment installed in residential and business buildings sometimes get dismantled without consequences, according to Chen.

“The volume of infrastructure for the 5G network will be quite huge, and we hope it can be legally established as public infrastructure so that the government, in planning its construction, can reserve some public space,” he said. 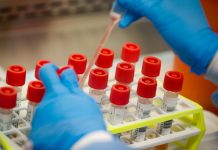 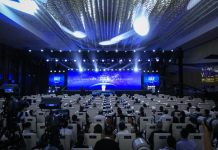 At the World AI Conference, Tesla CEO Elon Musk and the Heads of Alibaba and Tencent shared their views on how artificial intelligence is... The World Artificial Intelligence Conference (WAIC) officially opened in Shanghai on Thursday under the theme of "Intelligent Connectivity, Indivisible Community" with hundreds of speakers...
Load more

Chen Li, general manager of China Mobile’s Shanghai branch, called for Shanghai to become one of the...