The Mid-Autumn Festival will fall on September 13 this year. In the season of harvesting, Chinese people have been preparing various food for this important occasion for family reunion.

It is well-known that the mooncake is a must-have desert at the festival, but there are some other delicacies indispensable for the festival feast across China.

Ciba, a glutinous rice cake, is popular in southern China and commonly seen on the dinner tables during some traditional festivals, such as the Double Ninth Festival and the Spring Festival, as well as the wedding ceremony.

Sichuan Province, in particular, makes ciba for the Mid-Autumn Festival to celebrate harvest and reunion.

Put a pot of steamed glutinous rice into a big stone mortar and use a bamboo stick to pound it. When the glutinous rice turns into a sticky mess, sprinkle some glutinous rice flour on it and press it into small pies or balls. Dip the pie with some soybean flour, peanut flour, sesame, sugar, and osmanthus honey before eating.

Ciba has many implied meanings. Rice sticking together symbolizes family members are united as one and the sweet taste represents hope for a sweet and happy life. The round shape of ciba betokens reunion, or “tuanyuan” in Chinese, as the second character “yuan” means round.

When the full moon rises in the sky, ciba attracts family members to sit around the table and enjoy the festive moment together. 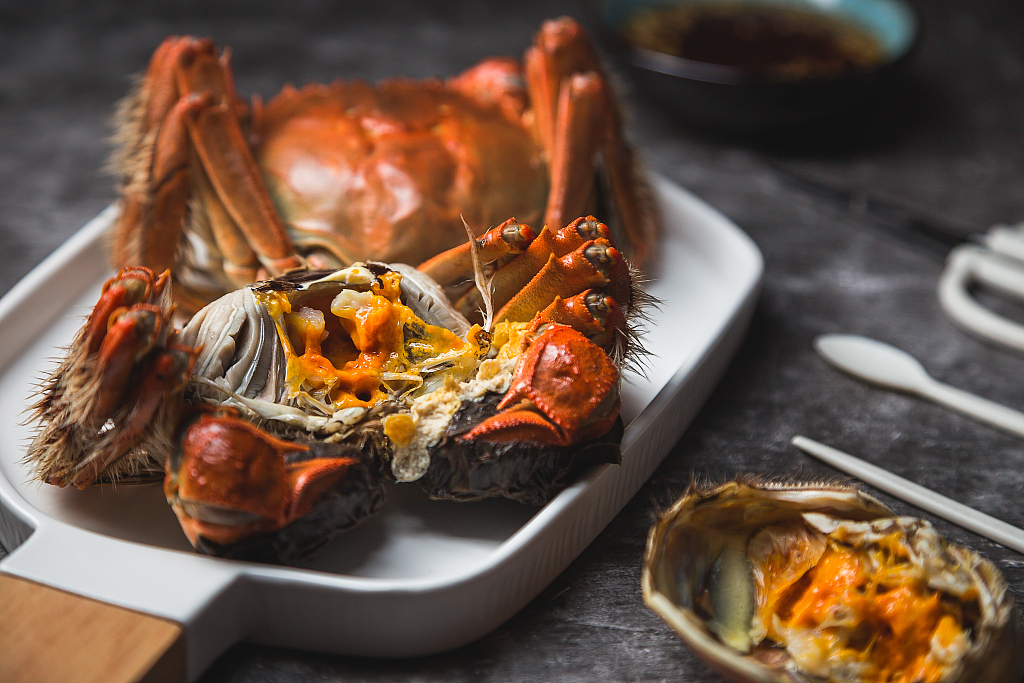 In autumn, the ovary and digestive glands of the female crab have grown big and taste oily and fresh when cooked. It has been a long tradition for Chinese people to eat crabs around the Mid-Autumn Festival.

It is said that the Chinese started eating crabs more than 4,000 years ago, when Yu the Great, a legendary ruler in ancient China, tamed the flood. To Yu the Great was reported the existence of creature clip people in the water and asked Ba Jie to dig a ditch and fill it with hot water. The horrified creatures were scalded to death after falling into the ditch and emitted the fragrance of food. Ba Jie was brave enough to be the first person to eat the creature and crab became a popular food.

In the Ming Dynasty (1368-1644), the crab was welcomed in the royal court banquet and the dining etiquette was made to follow. Steam crabs with slipper flower and serve them with white wine vinegar as a dipping sauce. After eating the crabs, drink some “perilla leaf decoction” and then wash your hands with it.

There are about 600 kinds of crabs in China, and the most famous is the Chinese mitten crab, especially those living in Yangcheng Lake, Suzhou, East China’s Jiangsu Province. As the famous saying goes, “if you do not know the merits of mitten crabs from Yangcheng Lake, why do you live in Suzhou for a lifetime?”

As crab, or Xie in Chinese, sounds the same as thanks, or Xiexie in Chinese, people love to send crabs as a gift to express gratitude to their relatives and friends during the festival. 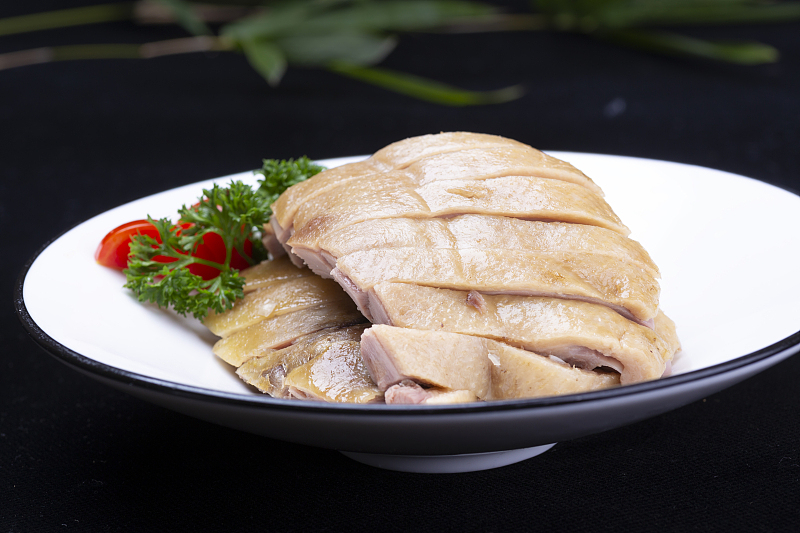 Boiled salted duck is a specialty in Nanjing, East China’s Jiangsu Province. Although it is an all-season dish, the Mid-Autumn Festival is the best time to eat it.

On one hand, duck grow strongest in autumn, and on the other hand, as the osmanthus flower blooms the duck meat absorb the flower’s fragrance and is therefore has another name “osmanthus duck.”

Mulam ethnic group in Southwest China’s Yunnan Province also has a tradition of eating duck on that day.

According to the legend, It is said that some foreigners invaded Mulam, looting and murdering village people. A family of three who lived from selling sugar was determined to fight back so they went door to door, pretending to be selling sugar, but they were actually informing the villagers that they would be fighting the invaders on the night of the 15th of the eighth month in the Chinese lunar calendar.

On that night, most of the invaders died, while others jumped into the river and turned into ducks. Mulam people celebrated the victory by catching and cooking ducks. The custom was inherited to remember the heroic sugar-selling family.

The Mid-Autumn Festival will fall on September 13 this year. In the season of harvesting, Chinese people...