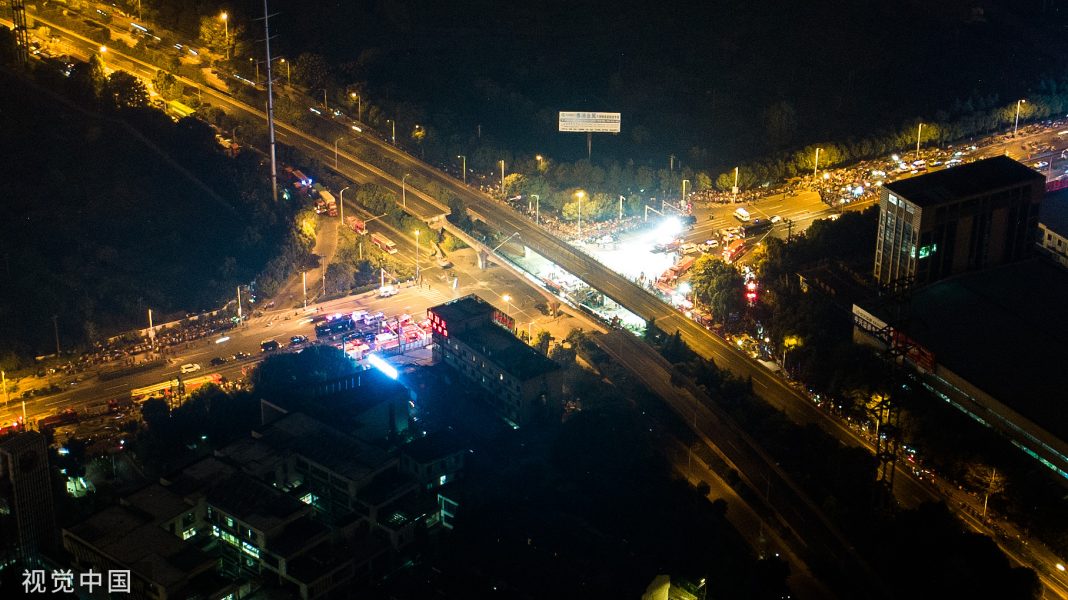 At least three people died and two others were injured in the incident, local authorities confirmed on Friday.

Local authorities said Thursday that the bridge might have collapsed due to a heavily overloaded truck that had been plying on it.

Local police said three cars were trapped under the bridge when the incident happened. One of them was an empty parked car.

The incident occurred at a section of the 312 national highway in Wuxi City. Rescue efforts are currently underway.

A bridge collapsed in east China’s Wuxi City, Jiangsu Province, on Thursday, according to local media.

The incident occurred at around 6:10 p.m. local time. At least two cars were trapped when the bridge fell.

There may be casualties, and rescuers have arrived on the scene, according to reports.

The construction of Wuhan's Huoshenshan Hospital, which was built to treat pneumonia patients with the novel coronavirus, completed on Sunday. The hospital will take patients...

The Chinese embassy in New Zealand confirmed Wednesday that six Chinese tourists were dead in a serious bus crash near New Zealand's Rotorua. An official...