No additional coronavirus cases were reported in the city on Friday, said the Shanghai Health Commission on Saturday morning.

Meanwhile, another 17 suspected cases have been ruled out, said the commission.

So far, the city has reported 337 infections and ruled out 2,366 suspected cases.

A total of 111 patients are from outside the city, while 226 are local residents: those with registered residency and people staying in the city for over six months.

According to the local health commission, 45 patients are stable, one is in serious condition and nine are critical. A total of 279 patients have recovered and been discharged from hospital.

There have been three local fatalities so far. Another 57 suspected cases are undergoing tests.

Thousands of job openings are now being offered at an employment fair that has been launched online for graduates of Shanghai universities this year.... Epidemiologists in Wuhan have been stepping up their work to screen all individuals returning to the city and identify any asymptomatic carriers of the... 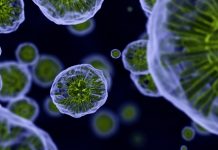 District and city level disease control centers have been working flat out since the start of the COVID-19 outbreak. One of the key figures...
Load more

No additional coronavirus cases were reported in the city on Friday, said the Shanghai Health Commission...