Two female beluga whales performed for audience members for the last time at Changfeng Ocean World in Putuo District on Thursday, before heading for their new home in Iceland.

Little White and Little Grey, both 12 years old, will hang up their performer hats and head to the Sea Life Trust Beluga Whale Sanctuary, the world’s first open water sanctuary, for members of their species.

Some Shanghai residents visited the ocean world to watch the last performance of the duo and say goodbye to them on Thursday.

“I have visited the park numerous times with my grandson, and every time we watch the whales together,” said Shen Yi, a resident living near Chengfeng Park. Shen and his family have an annual pass to the park.

“We watch them about seven to eight times each month, and have seen how the duo grew up,” he said. “They are our must-visit and we are really familiar with them.”

“They are so lovely and bring us a lot of joy,” Shen added. “It is hard to say goodbye and we will remember them.”

Liu Huaming, another resident living in the Pudong New Area, watched the last performance as well.

“It took me nearly two hours on the road, but we want to have a final look at the whales before they leave,” Liu, who saw the whales once in the past, said.

“My daughter and I love them very much,” he said.

Little White is shy and introverted, while Little Grey is active, curious and naughty, their keepers said. Beluga whales are smart mammals and are fast learners.

The water temperature of their new home is much colder than their current living environment, and they need to increase their calorie intake to withstand the change, the ocean world operator said.

Their diet has been changed for several months in preparation for their new home. They have gained about 100 kilograms in weight each and reached nearly 1 ton.

They have been fed with more herring and capelins recently. Crabs and shellfish species have also been introduced to the duo, together with accessory equipment and experts who will assist in their transport.

The two beluga whales, both 3.9 meters long, will be taken by air, land and sea on a 9,000-kilometer, 30-hour-plus journey to a bay in Heimaey, one of the Westman Islands, located off the southern coast of Iceland.

Since June last year they have been trained to hold their breath underwater for longer than usual to improve their diving skills. Experts are also building their swimming strength to help them adapt to the tides and rushing waters off Iceland.

They will take a Boeing 747-400ERF aircraft, featuring their photos and their names, with top animal experts and veterinarians, who will check and evaluate their health conditions during the journey. The aircraft will be operated by Luxembourg’s Cargolux Airlines.

They will live at the sanctuary after getting used to the water temperature, and three animal keepers who have accompanied them for years will accompany them in Iceland for one to two years in order to monitor their health and mood until they become fully acclimatized.

The exact departure date, scheduled in spring, has not been announced — it is dependant on a number of factors such as the health condition of the whales and the weather. The smart mammals are very sensitive to new environments, the operator said earlier.

The Sea Life Trust Beluga Whale Sanctuary, created in partnership with Whale and Dolphin Conservation, is the first of its kind for cetaceans. It is hoped the project will encourage the rehabilitation of more captive whales in natural environments.

The secluded bay which will become the new home of Little White and Little Gray — measuring 32,000 square meters with a depth of up to 10 meters — was chosen for its natural, sub-Arctic habitat. 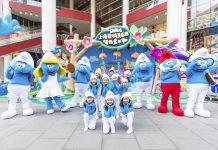 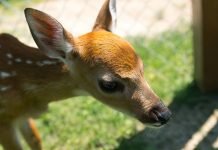