More than 70 AI and 5G deals are expected to be closed during the 3-day World Artificial Intelligence Conference being held this week in Shanghai.  Leading technology companies and institutions are among the attendees of the conference, which attracted some of the world’s biggest players. A deal between the Pudong District Govt. and telecom giant Huawei to build a 5G innovation center will be closed, while IBM is also setting up a new research center here for its AI project.

But stealing the limelight from these big deals was the center stage, live debate between Ali-Baba’s founder, Jack Ma, and Tesla’s, Elon Musk. The gripping discussion, at times rambling, covered topics as diverse as AI, space exploration, and believe it or not, the end of the human race, with Musk predicting doom for human civilization, and Jack Ma arguing for increased life spans of up to 130 years and a 12-hour working week. 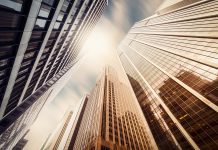 Exhibitions planned to be suspended due to the coronavirus outbreak in Shanghai are expected to be rescheduled as the epidemic situation improves, an industry... The State Grid Shanghai Company is safeguarding the city’s energy supply with high-tech help as more and more enterprises resume work. According to the company,...
Load more

More than 70 AI and 5G deals are expected to be closed during the 3-day World Artificial Intelligence...