Two mobile phone apps were launched on Friday during the preparatory meeting of the “two sessions,” the city’s annual political conferences held by local legislators and political advisors. The aim is to make it easier for local political advisers to file proposals and suggestions, learn policies and communicate with each other.

Via the two apps, local political advisors, or members of the Shanghai Committee of the Chinese People’s Political Consultative Conference, can create their own schedules, receive notifications, search for proposals and see how they are responded as well as reading the latest news. The two apps will also provide online support to the two sessions which begin on Saturday.

The CPPCC Pass app is designed mainly for its members to sign up for conferences, submit proposals and check their progress. It can also enable members to talk to each other, contact related CPPCC officials and organize panel discussions.

The other app, CPPCC Headlines, is a new media platform which is open to the public. On this platform, users can find both CPPCC news and other important political news.

It builds a bridge between the advisors and the public.

“Local CPPCC members can communicate with the public online on issues they care about. Media and the public can raise questions on this app about the proposals, social events or some professional fields, and then the members will answer these questions, which helps promote their communication,” said committee official Wang Jianhua.

By Friday morning, the committee had received 357 proposals from its members. Almost 40 percent were proposals about social construction, followed by economic development which accounted for more than 35 percent.

Other hot topics were the free trade zone, the Belt and Road Initiative, science and innovation, the environment, elderly care and food safety. 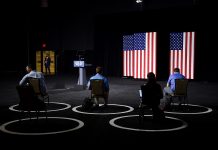 Two mobile phone apps were launched on Friday during the preparatory meeting of the "two sessions," the...