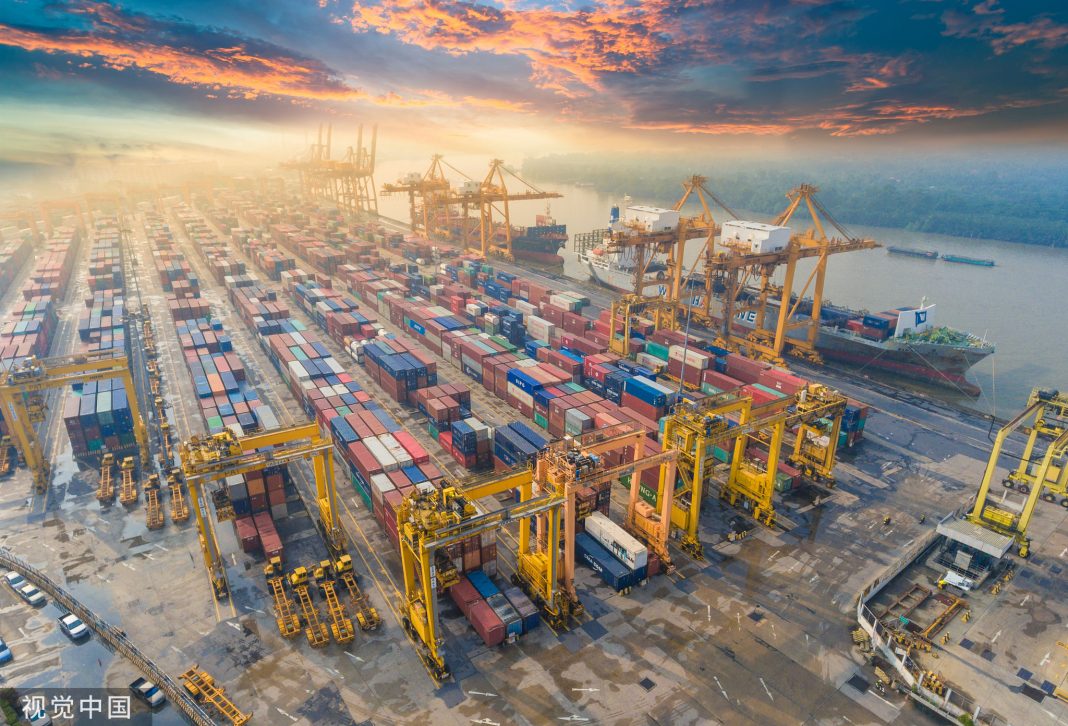 China on Monday announced a master plan for six new pilot free trade zones in a strategic move to press ahead with reform and opening up in the new era.

The new pilot FTZs will be located in the six provincial-level regions of Shandong, Jiangsu, Guangxi, Hebei, Yunnan and Heilongjiang, according to the plan released by the State Council.

Setting up new pilot FTZs is “a major decision by the Communist Party of China Central Committee and the State Council and a strategic move to advance reform and opening up in the new era,” the plan said.

This will bring the total number of the country’s pilot FTZs to 18, which serve as pioneers of the country’s reform and opening up as they test new styles of foreign investment management, trade facilitation and transformation of government functions to better integrate the economy with international practices.

The six new pilot FTZs will be tasked with differentiated reform tryouts, according to the plan.

Eyeing a shift to new growth drivers, the pilot FTZ of Shandong will feature new measures to nurture new businesses, develop the marine economy and explore China-Japan-Republic of Korea economic cooperation at the sub-national level.

Supporting innovation and development of the manufacturing industry is one of the goals for the pilot FTZ in Jiangsu, a vibrant manufacturing hub in the country’s east. Meanwhile, Guangxi in the south will step up cooperation with the ASEAN region in its pilot FTZ.

Hebei will step up support in its pilot FTZ for international commodity trade and the opening up of biomedicine- and healthcare-related industries.

Linking China with South Asia and Southeast Asia, the pilot FTZ of Yunnan will innovate modes of cross-border economic cooperation.

Heilongjiang will build a transportation and logistics hub in its pilot FTZ to facilitate cooperation with Russia and Northeast Asia.

Local companies have a lot to expect from the new FTZs. Wu Jian, general manager of Sinotrans Changjiang Co Ltd, said that the establishment of the pilot FTZ in Jiangsu is expected to help the firm provide logistics services to more export-oriented businesses.

After China started piloting FTZs in Shanghai in 2013, the country had established 11 more in its coastal regions including Guangdong and Fujian and inland provinces such as Shaanxi and Sichuan. Earlier this month, the Shanghai pilot free trade zone was expanded, with the addition of a new section.

In this way, the FTZs can develop in a less fragmented approach and better connect with each other, which will help advance coordinated and integrated development, according to Han Jian, a professor at Nanjing University Business School.

It is also the first time that the country has set up pilot FTZs in the country’s border areas, a move that will facilitate the country’s economic and trade cooperation with neighboring countries, Wang said.

The new FTZs will have more autonomy in making policies in trade and investment facilitation, financial services for the real economy, talented people management and institutional innovation, he said.

Authorities should draw lessons from the pilot programs and accumulate experience for reform practices that could be replicated and promoted, according to the plan.

China’s FTZs have a proven track record in attracting foreign investment. In the first half of this year, China’s 12 current FTZs have attracted foreign investment of nearly 70 billion yuan (about US$10 billion), accounting for 14 percent of the country’s total, Wang said.

“With institutional advantages and better business environments, the FTZs are at the forefront in attracting foreign investment,” Wang said.

We believe the new FTZs will also become investment hotspots,” he said.

The setting up of new FTZs is part of the country’s ongoing efforts to open up the economy amid rising protectionism.

“China is accelerating its opening up, which is a big cake that has great appeal for foreign firms,” said Han. Various subsidies and supportive measures have been offered to online merchants by Internet giants to assist vendors whose businesses have suffered due to the...

China on Monday announced a master plan for six new pilot free trade zones in a strategic move to press...