China has made a lot of improvement in intellectual property rights protection thanks to years of governmental and industrial efforts, said a US expert.

“China has improved this IP environment quite a bit,” said Mark Cohen, a senior fellow and director of the Asian IP Project of Berkeley Center for Law and Technology at the University of California, Berkeley.

“They improved it even more” since the country started trade talks with the United States, he added.

Cohen made the remarks at a China-US relations seminar on Monday organized by Asia Society Northern California and the Committee of 100, a non-profit US organization of prominent Chinese Americans.

“They have great judges. There are a lot of IP faculties and IP newspapers,” he told the audience at the event, which was themed “Untangling the US-China Narrative: Technology, Trade, and Tensions.”

The expert criticized some Western media for creating sensations about China’s IP issues and using the term as “a pretext” to fan up tensions.

As regards the escalating trade tensions between China and the United States, Cohen, who has almost 20 years of involvement in China’s IP licensing environment, said he is worried that there is less room to “have honest debate and offer constructive suggestions to both sides.”

The two countries, he suggested, should build confidence in order to resume their relations and get themselves back on track. 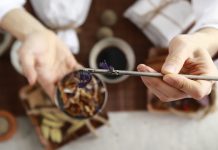 China has made a lot of improvement in intellectual property rights protection thanks to years of governmental...