China plans to build 29,000 school football fields by 2020 in a move to promote the sport among young people, an education official said Tuesday.

The number of football fields in China is still very small, said Wang Dengfeng, a senior official with the Ministry of Education, at a press conference.

By Sept. last year, schools across the country had about 120,000 football fields of all sizes, including fields for five-a-side, seven-a-side and standard football games, according to Wang.

“Even if we count fields of all sizes, each school with a minimum of 300 students has an average of only 0.5 football fields,” he said.

“Most of the government spending in this regard has gone to the upgrading of facilities,” Wang said.

The country has stepped up its effort in promoting football in schools since it set up a seven-department joint task force, including the education, sport and finance administrations as well as the Chinese Football Association, in 2015. 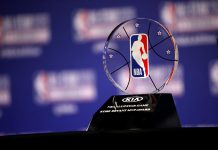 China plans to build 29,000 school football fields by 2020 in a move to promote the sport among young...