Chinese leadership has tirelessly reaffirmed its commitment to opening-up. It is the solemn promise made by the world’s second-largest economy to the rest of the world.

The areas of opening-up mentioned by Xi are not entirely new to the audience. However, the high frequency of such commitments made by China’s top leadership highlights the country’s resolve and sincerity in delivering its promise.

When protectionism and unilateralism are gaining momentum in a few countries, China stands as a staunch supporter of free trade and multilateralism, as it knows only too well that openness brings progress while seclusion leads to backwardness.

China’s opening-up measures have come out in a non-stop manner, all of which have been well implemented. Over the past year, China lowered import tariffs for an array of products, allowed foreign investors easier access to the Chinese market and strengthened the protection of IPRs. The landmark Foreign Investment Law was passed by the national legislature early this year. Foreign investors in China will have a better legal environment when doing business.

Furthermore, China vows to create a business environment in which the value of knowledge is respected, with Xi promising to protect legitimate rights and interests of foreign owners of intellectual property rights, and prohibit the forced transfer of technology.

For an economy as big as China, it is not easy to fix problems overnight. The world will find it worth waiting for the changes to come.

All countries should improve the investment environment and treat Chinese enterprises, overseas students and scholars fairly. Only normal exchanges and cooperation can produce maximum benefits for all. 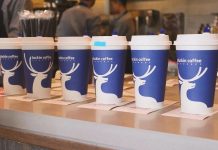 Chinese leadership has tirelessly reaffirmed its commitment to opening-up. It is the solemn promise made...