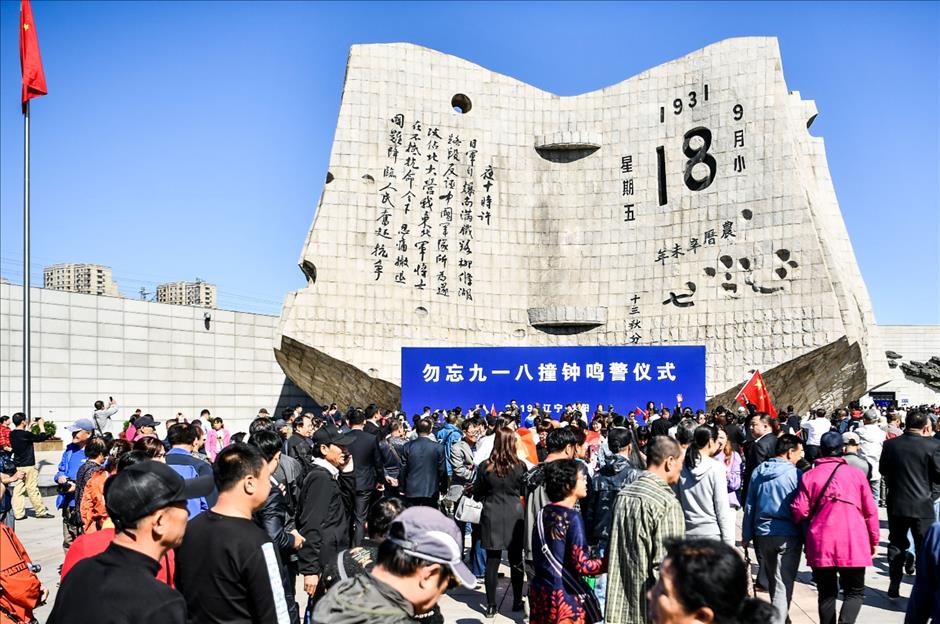 Air raid sirens once again sounded through Shenyang at 9:18am on Wednesday, the 25th time the northeastern Chinese city in Liaoning Province commemorated the day with the alarm.

This year marks the 88th anniversary of the “September 18 Incident,” the start of Japan’s invasion of China.

Early in the morning, citizens and representatives from various walks of life gathered in the 9.18 Historical Museum to pay tribute.

Eighty-eight years ago in 1931, Japanese troops blew up a section of railway under their control near Shenyang and accused Chinese soldiers of sabotage as a pretext for the attack. They bombarded Chinese barracks near Shenyang the same evening, beginning a large-scale invasion of northeast China.

The Sept. 18 Incident is a deep scar carved into the hearts of Chinese people, said Wang Jianxue, an expert on modern Chinese history.

China fell into one of its darkest periods in history from that day. Countess crimes were committed, and innumerable tragedies were caused by the Japanese fascists in the following 14 years.

“We commemorate the war for the sake of peace,” said Fan Lihong, curator of the 9.18 Historical Museum. Fan said the number of visitors surged to nearly 10,000 every year around the day.

The museum received a total of 203 newly-donated items related to the war on Monday. Set up in 1991, the museum now houses over 10,000 exhibits.

Visitors recall the tough past and draw strength from the war heroes. Over 35 million Chinese soldiers and civilians suffered death or injury before winning the war.

Yang Jingyu is a known anti-Japanese hero among many Chinese. He was sent to northeast China to fight Japanese troops in 1932. He fought to the end and died on the battlefield in 1940.

A Japanese military officer, wanting to know why a man like him could fight so fearlessly, dissected his body and found nothing but grassroots and cotton fiber in his stomach.

Ma Jimin, Yang’s grandson, said his family still keeps a piece of birch bark wrapped in a red cloth, which was a gift from Yang’s comrades in arms when his parents visited Harbin in 1953.

“Birch grows in northeast China. Soldiers including my grandfather ate birch bark to quench hunger so they could keep fighting,” Ma said.

Meng Yongjun, Meng’s son, said every year when Sept. 18 was approaching, his father would keep asking: “Is it the day? Will we hear the siren soon?”

“My father always said it was not wise to forget the pain once the wound was healed. We must remember that history,” he said.

This year also marks the 70th anniversary of the founding of the People’s Republic of China, which makes it even more significant to remember the hardships endured and the war that was fought.

A stronger China is more capable of maintaining peace, said Zhang Haipeng, a scholar at Chinese Academy of Social Sciences. “Though China has made tremendous achievements, it still faces risks and challenges.”

Wang said anti-war history is a textbook that Chinese people can draw wisdom and spirit from to overcome difficulties. Air raid sirens once again sounded through Shenyang at 9:18am on Wednesday, the 25th time the northeastern...