China on Wednesday urged the United States to immediately cancel the planned arms sales to Taiwan, saying China will take all necessary measures to defend its own interests including imposing sanctions on US companies involved in the planned sales.

The US Defense Department on Wednesday officially notified the US Congress of the plan to sell 66 F-16 fighters and relevant equipment worth around US$8 billion to Taiwan and to provide support.

“China firmly opposes the plan and has lodged solemn representations and protests to the US side,” foreign ministry spokesman Geng Shuang told a press briefing.

The spokesman said the Taiwan question concerns China’s sovereignty and territorial integrity, which is associated with China’s core interests. “China has firm determination to safeguard its own national sovereignty, unity and security.”

Geng urged the US side to abide by the one-China principle and relevant provisions laid out in the three China-US joint communiques, “immediately cancel the aforementioned arms sales plan, cease arms sales to Taiwan and sever military ties with the island.”

“Otherwise, all the ensuing consequences will be borne by the US side,” Geng added. 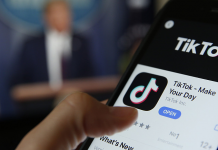