A limited-edition postmark was available at the maritime-themed post office on Huoshan Road, Hongkou District, based on the Wusongkou Lighthouse in Baoshan District and the magnolia, city flower of Shanghai.

The first record of lighthouses at Wusongkou can be traced back to the year 1412. The current lighthouse was built in the early 20th century and has become a symbol of the oceanic navigation history of the city.

Passenger can see model naval vessels in the Metro station hall of South Shaanxi Road Station. A model of aircraft carrier Liaoning is on display at People’s Square Station. 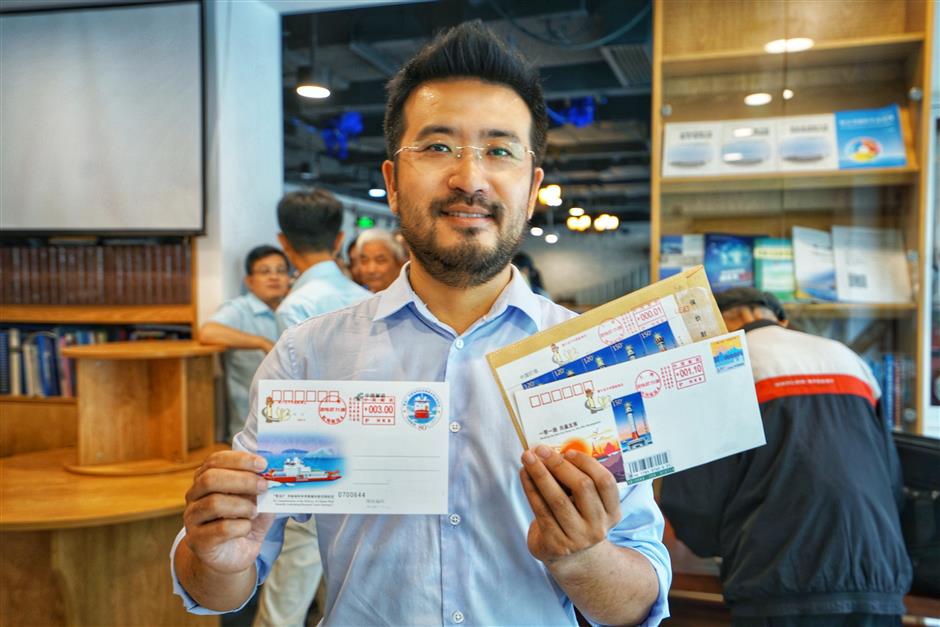 China’s tourism industry is recovering after the pandemic, but with new trends such as “Go Near” and “Go by Car,” Airbnb said on Thursday. China...
Load more

The horns of three ships docked at Shanghai Port International Cruise Terminal sounded at 9am on Thursday,...