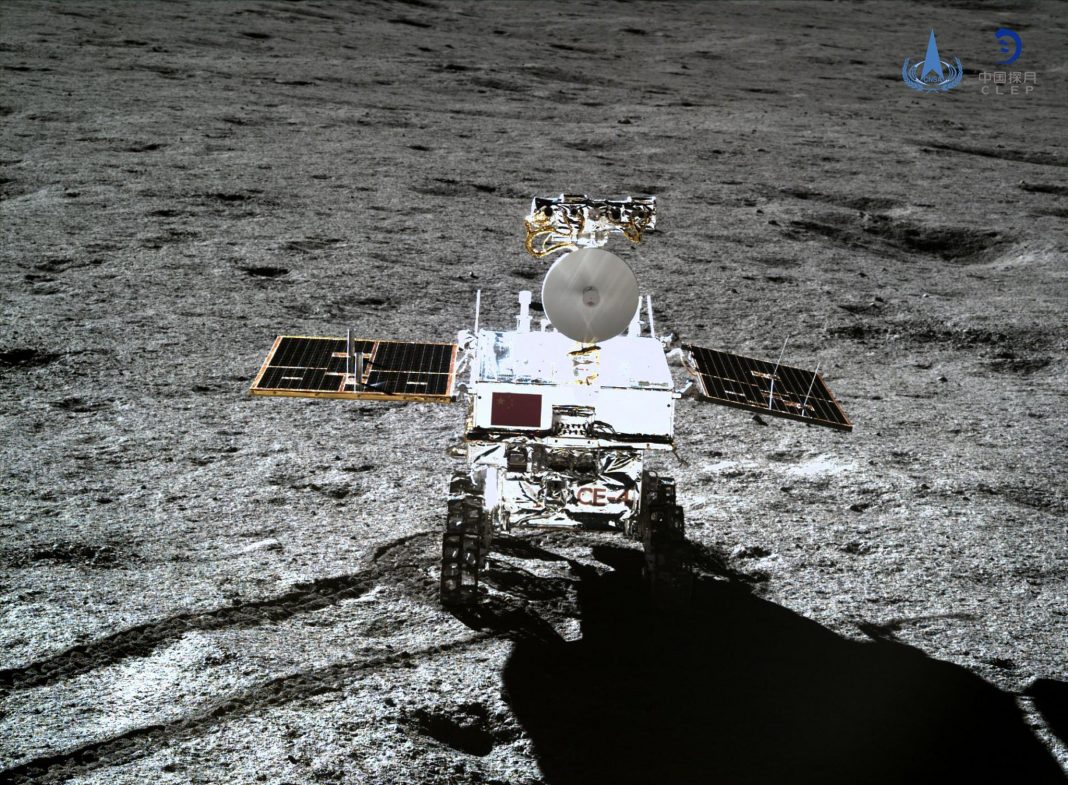 China’s lunar rover Yutu-2 has driven 212.99 meters on the far side of the moon to conduct scientific exploration on the virgin territory.

Both the lander and the rover of the Chang’e-4 probe switched to its dormant mode for the lunar night late on Sunday (Beijing time), according to the Lunar Exploration and Space Program Center of the China National Space Administration.

China’s Chang’e-4 probe, launched on December 8, 2018, made the first-ever soft landing on the Von Karman Crater in the South Pole-Aitken Basin on the far side of the moon on January 3.

A lunar day equals 14 days on Earth, a lunar night the same length. The Chang’e-4 probe switches to dormant mode during the lunar night due to lack of solar power.

During the sixth lunar day of the probe on the moon, the scientific instruments on the lander and rover worked well, and about 1,654 MB of scientific detection data were sent to the core research team for analysis.

As a result of the tidal locking effect, the moon’s revolution cycle is the same as its rotation cycle, and the same side always faces Earth.

The far side of the moon has unique features, and scientists expect Chang’e-4 could bring breakthrough findings.

The scientific tasks of the Chang’e-4 mission include low-frequency radio astronomical observation, surveying the terrain and landforms, detecting the mineral composition and shallow lunar surface structure and measuring neutron radiation and neutral atoms.

Using data obtained by the visible and near-infrared spectrometer installed on Yutu-2, a research team led by Li Chunlai, with the National Astronomical Observatories of China under the Chinese Academy of Sciences, found that the lunar soil in the landing area of the Chang’e-4 probe contains olivine and pyroxene which came from the lunar mantle deep inside the moon.

The discovery, recently published in the academic journal Nature, could help unravel the mystery of the lunar mantle composition and the formation and evolution of the moon and Earth. China's lunar rover Yutu-2 has driven 212.99 meters on the far side of the moon to conduct scientific...