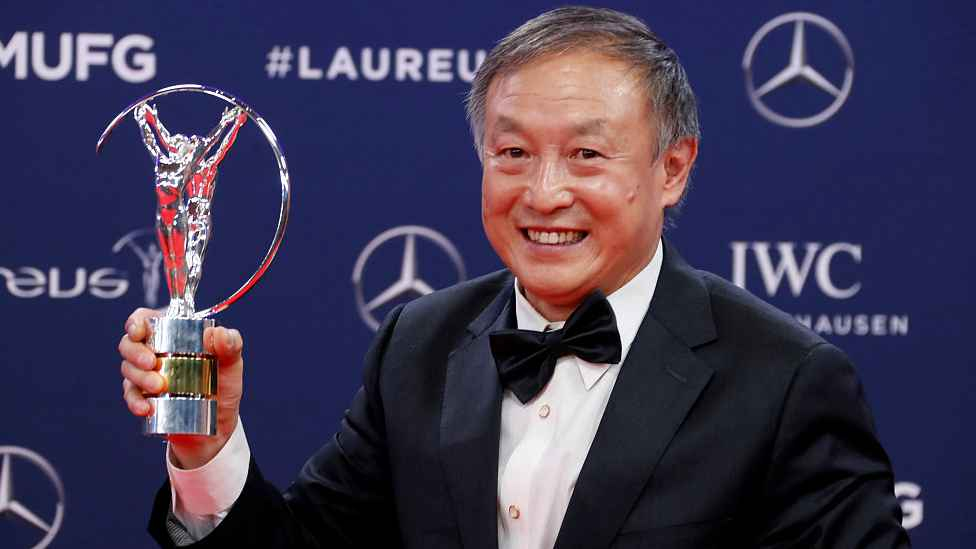 Chinese double amputee Xia Boyu’s extraordinary achievement in climbing Mt. Qomolangma last May, four decades after losing both legs to frostbite in a previous attempt to conquer it, was declared the Sporting Moment of the Year at the 2019 Laureus World Sports Awards in Monaco on Monday.

Xia lost both legs in 1975 as a result of frostbite during his first attempt to reach the world’s highest peak of Qomolangma. He challenged the summit in 2014, 2015 and 2016 as well, but his dreams were shattered by an avalanche, earthquake and bad weather respectively.

He finally made it in his fifth attempt on May 14, 2018, becoming the first Chinese double amputee climber to reach the summit of Qomolangma.

“Reaching the summit of Qomolangma was always a dream and goal for me,” Xia told Chinese media. “I have fought for it over the past decades. Despite bad knocks several times, I never give up. I think the perseverance made my life so colorful and meaningful.”

Xia added that his next goal will be “7+2”, namely the highest summits of seven continents, plus the South Pole and North Pole.

“As an athlete, I’m well aware of the difficulty, because we want to challenge ourselves for every day, every minute and every second. Young people should learn from Xia’s fighting spirit. It’s quite positive for the society,” Li said.

Deng said, “It’s a story of chasing dreams, climbing summits and realizing self value. No matter climbing Qomolangma or being involved in other sports, persistence is the most important thing, especially when you fail once and once again.”

The 31-year-old Serbian – who added the Australian Open in January to the Wimbledon and U.S. Open crowns he won in 2018 after coming back from elbow surgery – won the award for a fourth time beating the likes of France’s World Cup winner Kylian Mbappe and NBA superstar LeBron James.

Iconic American gymnast Simone Biles won Sportswoman of the Year for a second time on the back of the 21-year-old’s historic achievement last year in adding a fourth all-around world championship to her full to bursting medals cabinet.

Djokovic was delighted with his award – voted on by the 68 members of the Laureus Academy which includes sporting legends such as nine-time singles Grand Slam champion Monica Seles and Britain’s six-time Olympic track cycling gold medalist Chris Hoy.

“Last year was an incredible season for me, returning from injury to win Wimbledon and the US Open is something I’ll remember forever,” said Djokovic.

Seles, also born in Serbia although now a naturalized American citizen presented the award to Djokovic, who admitted it had been a long hard road back mentally as well as physically.

“Reflecting on it standing here now it seems like a fairytale story but it tells me one thing,” he said.

“In those moments of when you are facing adversity and challenged you should always look inside. I did not understand that fully before but now I know where I can always find strength and belief and to keep on going.”

Tennis had a golden night as women’s world number one Naomi Osaka – who like Djokovic added the Australian Open to her breakthrough Grand Slam success the US Open – became the first Japanese winner of a Laureus award, the 21-year-old taking the World Breakthrough of the Year gong. American golf great Tiger Woods was rewarded for his return from years in the wilderness due to injury and personal problems to winning the Tour Championship and going close to adding to his 14 major titles in the British Open and the PGA Championship with the Comeback of the Year award.

“There was a long list of people who wrote him off but I was not one of them,” said former NFL star Marcus Allen. “When you are anointed with such talent as he is there is always a way back.”

Manager Didier Deschamps – who also captained France to the 1998 World Cup triumph – accepted the award with some members of his backroom staff.

“Being part of the French football team offers one the rare privilege of bringing happiness to the French people,” said Deschamps, who won the same award with his Euro 2000 winning team-mates in 2001.

“We are extremely proud to have brought them such joy last summer and to have united them.” 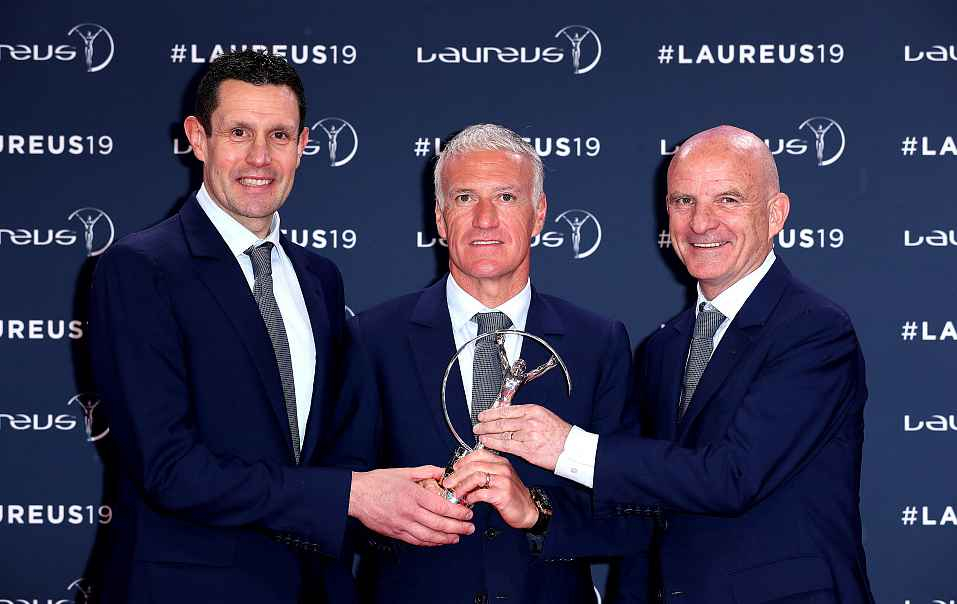 Deschamps compatriot Arsene Wenger, credited with revolutionizing English football certainly in the early part of his over two decades in charge of Arsenal, received the Lifetime Achievement Award.

The studious 69-year-old Frenchman received his award from one of his former Arsenal stars Cesc Fabregas, who said he had been a father figure to him.

“I would like to thank the wonderful people I met through my career and some less wonderful too,” said Wenger.

“Sport is tremendous I had a long career but my passion for sport and for human beings is intact.”

3,398 staircases, 552 meters and 119 floors! More than 2,000 participants, which included many elite athletes, took part in the world’s highest vertical marathon...

The Unsung Heroes Helping Us Through The Heatwave

The recent string of scorchers is looking to continue, with today even getting up to 37.9℃. However, bus and subway maintenance workers, sanitation workers,...

China women's national football team coach Jia Xiuquan explained why he was in tears after his team progressed to the knockout stage of the...
Load more