Witnessing the growth of one’s offspring is probably the happiest experience for every parent, but not everyone can go on this journey for a multitude of reasons – and Wang Ting is one of them.

Wang has been a policewoman in the eastern Chinese city of Ningbo for eight years, and working in the force means that she has little time for anything else. However, her hectic schedule did not stop her from recording her daughter’s growth in her own very special way: Drawing pictures of her baby.

Wang prefers such a time-consuming method over using smartphones and digital cameras because it helps her connect with her child. Wang and her husband are both police officers, and a nine-to-five shift is a luxury they cannot afford.

She gave birth to her daughter Xiaonuomi in March 2016, but after her maternity leave was over, Wang had to leave her newborn with the care of her parents.

The police officer still remembers the first time when Xiaonuomi was away; she couldn’t hold her tears when she saw the photo her father had sent.

“I missed her so much. But I had no other choice,” Wang said.

Wang often returned on weekends to her hometown to see Xiaonuomi, but there were times when she could not hold her daughter in her arms for as long as two weeks because of the workload. So Wang decided that she had to find a way to keep records of her daughter’s life.

She started to use some colored pencils to draw portraits. “Maybe they’re not as vivid as photographs, but they’re meaningful for me,” Wang said. 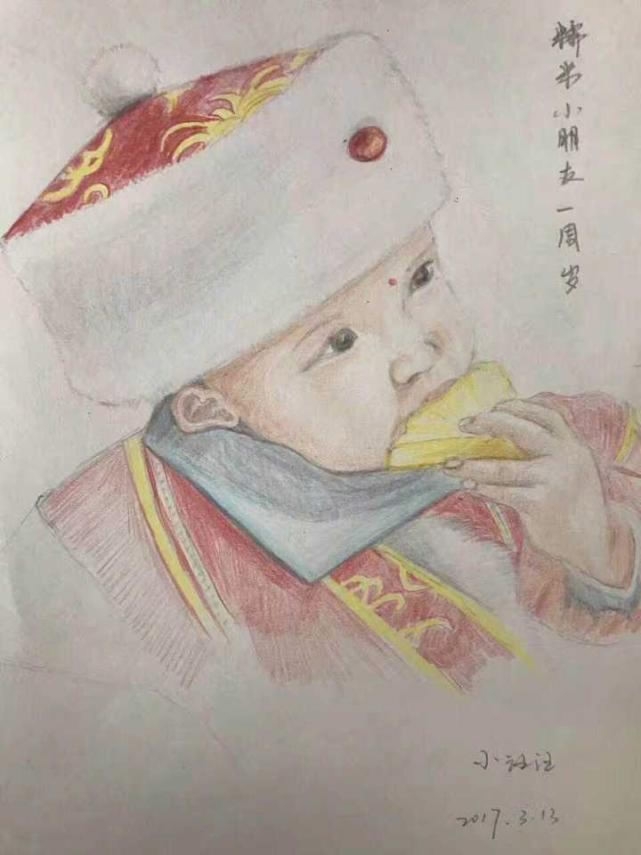 At the end of each month, Wang reflects on all the moments she spent with Xiaonuomi, and selects the most special to paint.

In her paintings there are so many firsts – Xiaonuomi’s first bite of pineapple, her first time on a plane, and her first Halloween costume.

When talking about her future plans, Wang said “I hope this can be a part of Xiaonuomi’s growth. Maybe I will keep on till the day she gets married.”

The new year didn’t just welcome the new decade, but also new babies as Shanghai saw a number of babies being born on New...

A new character will join Shanghai Disney Resort on December 26, according to an announcement made on Tuesday. CookieAnn, a yellow dog with long floppy...
Load more

Witnessing the growth of one's offspring is probably the happiest experience for every parent, but not...