Black holes have long held our fascination and the groundbreaking first-ever photograph of a black hole released in April has aroused the enchantment even more. But how was this particular image created in areas where gravity is so strong that even light cannot escape?

Inside an ordinary-looking building in Longmont, Colorado, a company called Conduant, which builds recording devices with extraordinary data storage capabilities, has made critical contributions to crafting the image.

“Each one of these drive modules can hold up to 80 terabytes of data using 10 terabyte drives,” Alex Sammoury, a senior staff of Conduant, detailed.

Those storage systems record data at high speeds and in large quantities, benefiting a range of customers, including astronomers.

“The quantities of data that the radio astronomy community gathers are astronomical,” Phil Brunelle, the company’s CTO, said.

Now the small manufacturer Phil Brunelle co-founded more than two decades ago was a part of history. In April, the National Science Foundation revealed the never-before-seen image of the super-massive black hole at the center of the M-87 galaxy 55 billion light-years away from Earth. 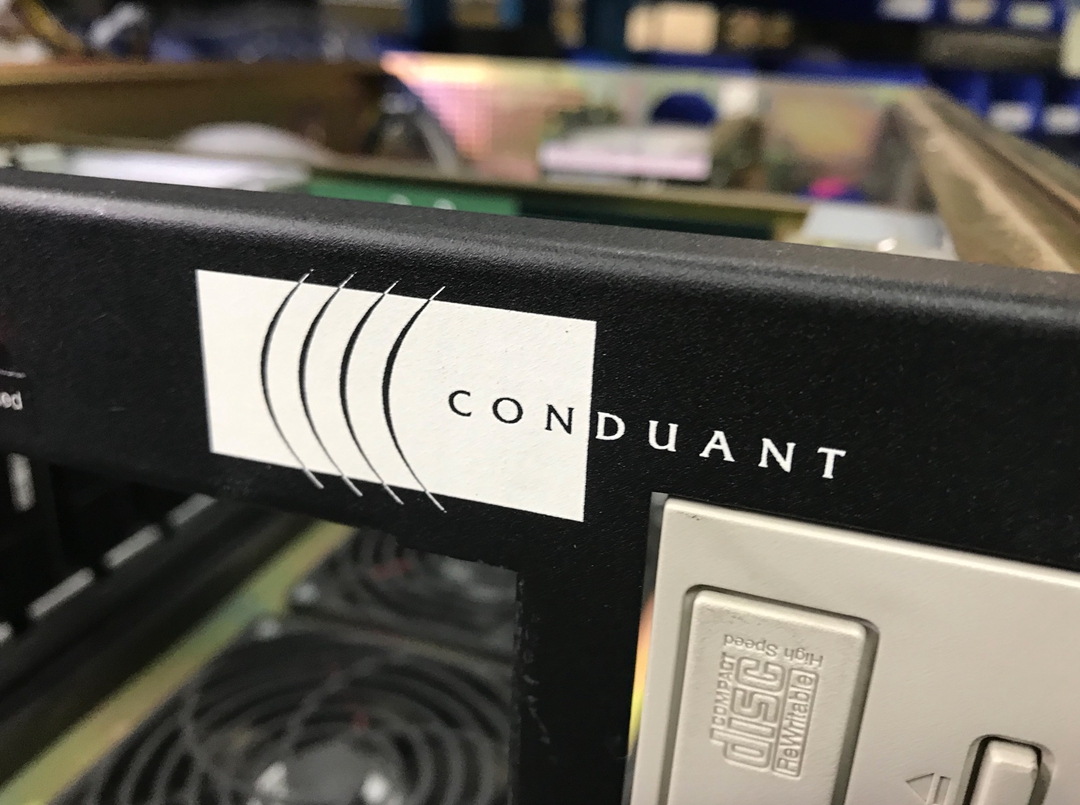 “We’re delighted to be able to report to you today that we have seen what we thought was unseeable. We have seen and taken a picture of a black hole,” Shep Doeleman, from the Harvard-Smithsonian Center for Astrophysics, declared.

As impressive as the photograph was the way the Event Horizon Telescope, as it was called, created it. It was the culmination of a ten-year-project.

A global network of eight telescopes combined to form a virtual telescope the size of the Earth which, over four nights in 2017, recorded the radio waves from in and around the black hole.

That data, captured on these hard drives, was assembled by a supercomputer into a final image.

“There was a beautiful picture that came out that we spotted on the internet with one of the scientists with her arms around our storage units,” Brunelle said. “So, that made it really clear that we were involved.” 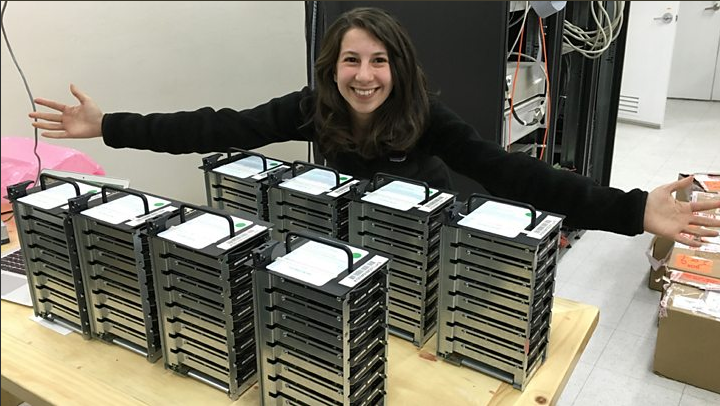 That scientist was Katie Bouman, a researcher of black holes. She said the relatively small number of telescopes posed a challenge to her and her colleagues. “That means there are gaps of missing information and so we had to come up with techniques to intelligently fill in those gaps,” she said.

“We now know clearly that black holes drive large scale structure in the universe from their home in these galaxies,” Doeleman added. “We now have an entirely new way of studying general relativity that we never had before.”

It was a discovery that Conduant’s storage systems, with their speed and capacity, made possible. Scientists will be talking about and trying to improve upon the black hole photo for years to come.

Black holes have long held our fascination and the groundbreaking first-ever photograph of a black hole...