Home Movie/TV Drive-In Theaters: A Way Out In Pandemic-Besieged World? A sunset industry from the last century has recently found itself under the spotlight again. With cinemas around the world closed due to the COVID-19 pandemic, drive-in theaters are the only safe way for moviegoers to enjoy the silver screen in public.

Last week, Oscar-winning film “Parasite” was screened at a drive-in theater at the airport of the Lithuanian capital of Vilnius. The screening was a joint project by the airport and the Vilnius International Film Festival.

The show welcomed about 150 cars, and the airport plans to screen different titles from different parts of the world every week in line with its theme of aviation and travel. 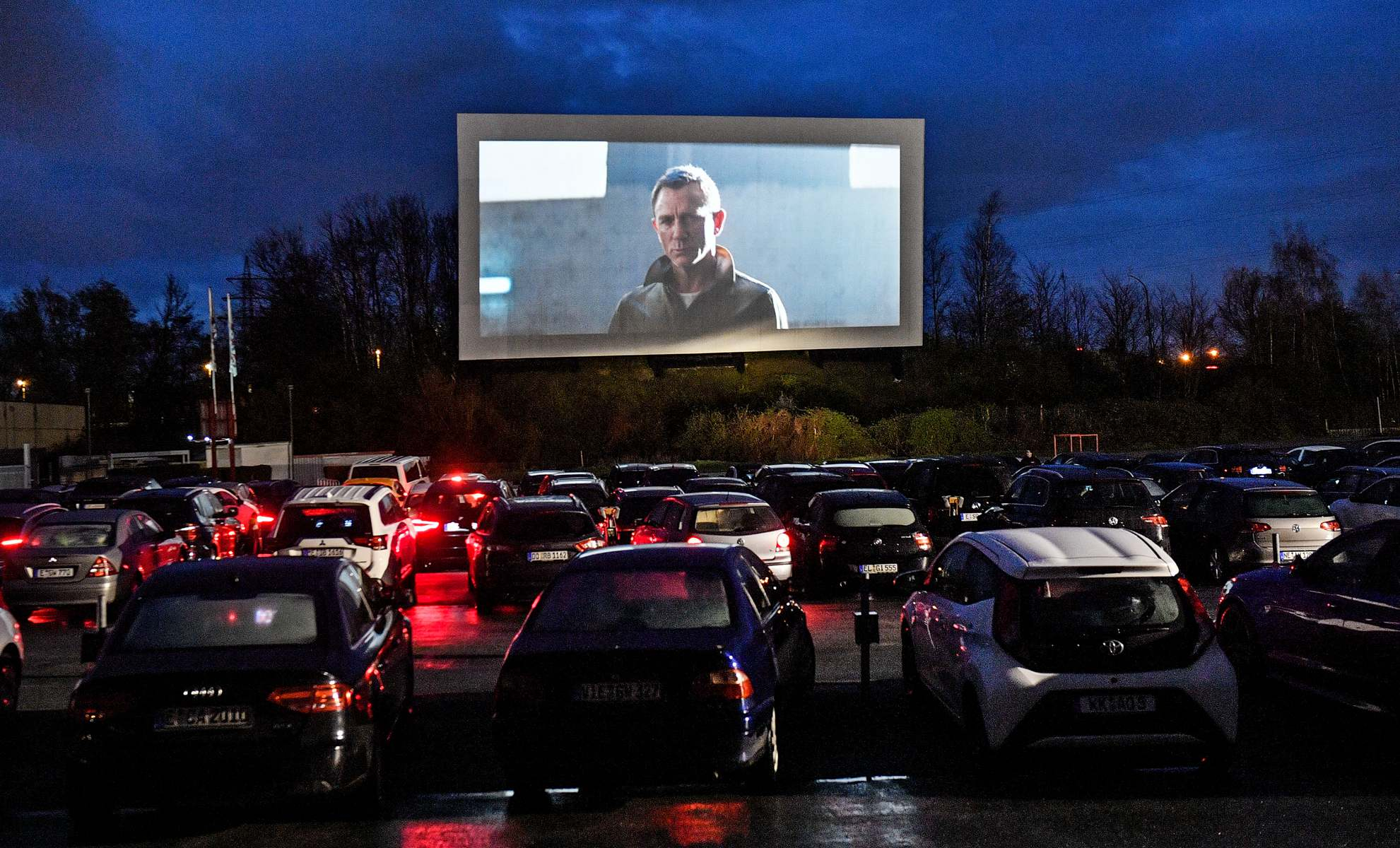 Lithuania’s drive-in theater is one of many sprouting around the world amid social distancing measures and shuttered entertainment venues. In South Korea, such theaters have become a new destination for movie buffs since March.

In Seoul, cars are now waiting in long queues to enter drive-in theaters. Park Dong-ju, a driver-in theater owner, told AFP in late March that ticket sales were up 10 to 20 percent during weekdays, and on weekends, they were usually sold out.

According to a report by the Financial Times, since the first drive-in theater was opened in South Korea in 1994, there were about 60 such theaters at its zenith in 2007, when car ownership surged along with the country’s rapid economic development. Now, about 21 theaters remain.

In Germany, moviegoers found the nostalgic pleasure of the 1970s when sitting in their own vehicles at drive-in theaters. After the country went into lockdown in early March, ticket sales for drive-in cinemas have been on the rise.

Frank Peciak, manager of a year-round drive-in theater in Germany, told Hollywood Reporter that, whatever films were screened, the tickets would be sold out within hours.

In both countries, new drive-in theaters popped up everywhere, in parks and parking lots. In South Korea, local governments even joined in, encouraging people to go see films as a way to relieve the stress and anxiety caused by quarantine and the pandemic.

In the U.S., where drive-in theaters first saw daylight, there are about 300 such venues. As of mid-April, fewer than 25 were operating. As many states are preparing to ease restrictions and reopen their economies, drive-in theaters might become the first batch of businesses to make a return.

The Washington Post quoted John Vincent Jr., president of the United Drive-in Theaters Association of America, as saying that he expected around 150 theaters to reopen in the upcoming three weeks.

Andrew Cuomo, governor of New York, also spoke about his intention to open drive-in theaters later in May. New York has around 30 such theaters.

Will drive-in theaters be back in vogue?

Drive-in theaters, which first appeared in 1933 in New Jersey, saw their heyday in the 1950s and 1960s, along with the rise of car ownership. Since then, the industry has seen a few twists and turns, due to the energy crisis as well as the appearance of new film technologies in cinemas.

Today, most of the drive-in theaters serve as an alternative choice that offers more privacy for moviegoers.

The COVID-19 outbreak was a boon for the drive-in theaters as social distancing became the new normal in daily life. But will it last?

According to The Washington Post report, most of the U.S. drive-in cinemas could barely survive before the pandemic, and temporary shutdowns may make the situation even worse.

Meanwhile, the drive-in theaters are faced with limitations due to the way they operate. For instance, film screenings are only available after dark, and the business could easily be affected by the weather.

In China, drive-in theaters were never really a thing. According to the latest data of the Ministry of Public Security, the country’s private car ownership surpassed 200 million for the first time by the end of 2019, and yet, there are only 28 drive-in theaters across the whole country. They also remain closed despite businesses revving back to life.

Still, despite the recent interest in them, the future of the drive-in theaters remains unknown. But for now, these venues are providing an outlet for many looking to regain some of the normalcy of their past social life, and by doing so, drive-in theaters are regaining some of their own lost glory. SIFF Forum: A Salute To Filmmakers Working On The Frontlines "Under the Light," an urban crime film by renowned director Zhang Yimou, is eyeing a 2020 theatrical release in China, according to a Monday...
Load more

A sunset industry from the last century has recently found itself under the spotlight again. With cinemas...