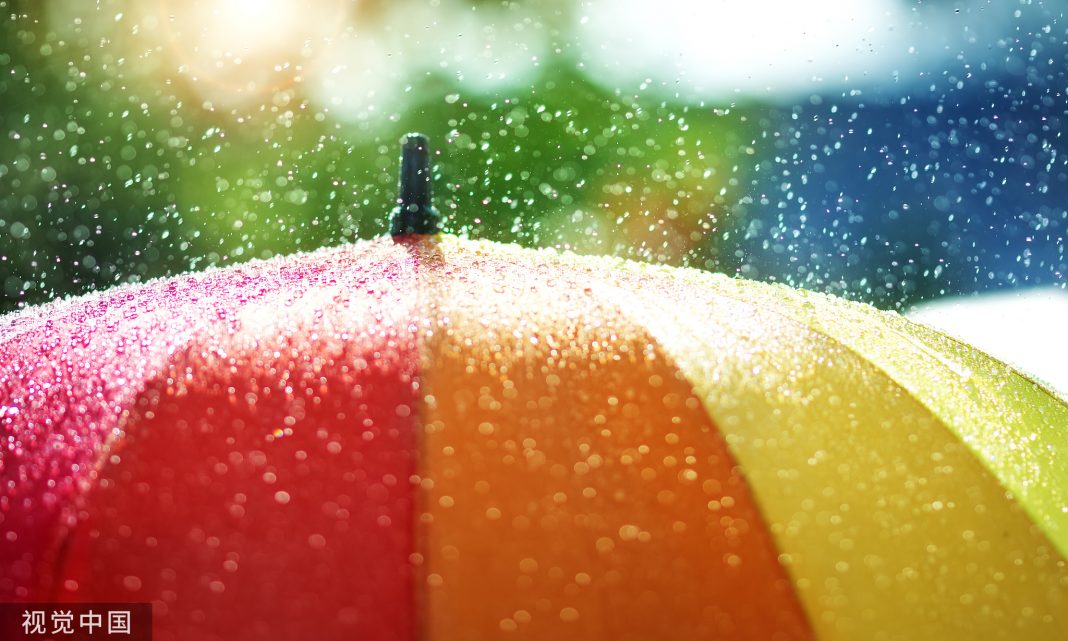 Scattered thunderstorms will continue in Shanghai next week and high will drop to 30 to 31 degrees Celsius at the start of the week and over the weekend, forecasters said.

On Sunday, the the city was lashed by heavy downpours along with thunder and lightning, which triggered two yellow alerts for lightning and rain and a blue alert for gales.

Between 11am and 5pm, the heaviest rainfall was in suburban Qingpu, Minhang, Songjiang and Fengxian districts. The observation station in Songjiang’s Sijing area recorded precipitation of nearly 64.9 millimeters, the highest among all the stations, followed by a reading of 59.4 millimeters in Minhang.

Thunderstorms with gales of level 8 to 10 were seen in Songjiang, Qingpu, Minhang, Fengxian and Jinshan districts. Songjiang and Minhang’s Qibao area also experienced some hail.

Tuesday is anticipated to be the only dry day next week, with cloudy skies.

Monday the high will drop to 31 degrees but bounce back to 33 from mid week. The mercury will drop again over the weekend to 30 degrees.

The 14th solar term, Chushu, or the end of heat, begins on Friday. It indicates that the hot Sanfu days are coming to an end and there will be a larger temperature difference between day and night. Scattered thunderstorms will continue in Shanghai next week and high will drop to 30 to 31 degrees Celsius...