Oboe in Western symphony, “suona” in traditional Chinese music, and Pi Nai in Thai court music, are actually originated from the same double-reed family, though developed into very different instruments after traveling along the “Silk Road.”

About 50 experts, scholars and performers from home and abroad gathered at the 25th International Council for Traditional Music (ICTM) Colloquium, which runs from November 28 to December 2, to share their findings and opinions on the development of “double reeds” in different nations along the Silk Road.

The five-day program includes 22 themed speeches, a themed concert, a workshop, a book release and an exhibition of double-reed instruments along the Silk Road, which all open to public for free.

The double reed family, whose sound comes through a couple of vibrating reeds, has been used extensively around the world since 3000 BC, according to Professor Xiao Mei of Shanghai Conservatory of Music. It travelled from the Middle East to both ends of the Eurasian continent, back and forth to North and East Africa, and to the islands of Indonesia. By spreading to different regions and continents and absorbing the cultural wisdom of various civilizations, double reeds are now a musical instrument family that features many different shapes, each abundant in national, regional, and local features.

Selecting the particular instrument family for the forum this year, according to the organizer, was to study the diversity of musical instruments along the Silk Road, as well as the geographic, historical and cultural backgrounds related. The themed speeches touched on topics like the history of double reeds and their relation to other reed instruments, technical characteristics, playing techniques and performance practices.

Take the double-reed’s journey in China for example. As the reed entered China through the path from Arabia, Persia to Xinjiang Autonomous Region, it developed into two types, according to Liu Xiangkun of Shanghai Conservatory of Music in his speech. The well-known traditional Chinese instrument “suona” is a typical example of the later type, which gradually worked perfectly with many local instruments like “sheng” in traditional Chinese music.

A concert featuring double-reed instruments along the Silk Road will be held at Heluting Concert Hall at7:30pm on November 30. Intangible heritage inheritors of Liaoning Fuzhou drum music and Uygur drum and wind music will also perform at the concert. Tickets will be given for free at the concert hall. 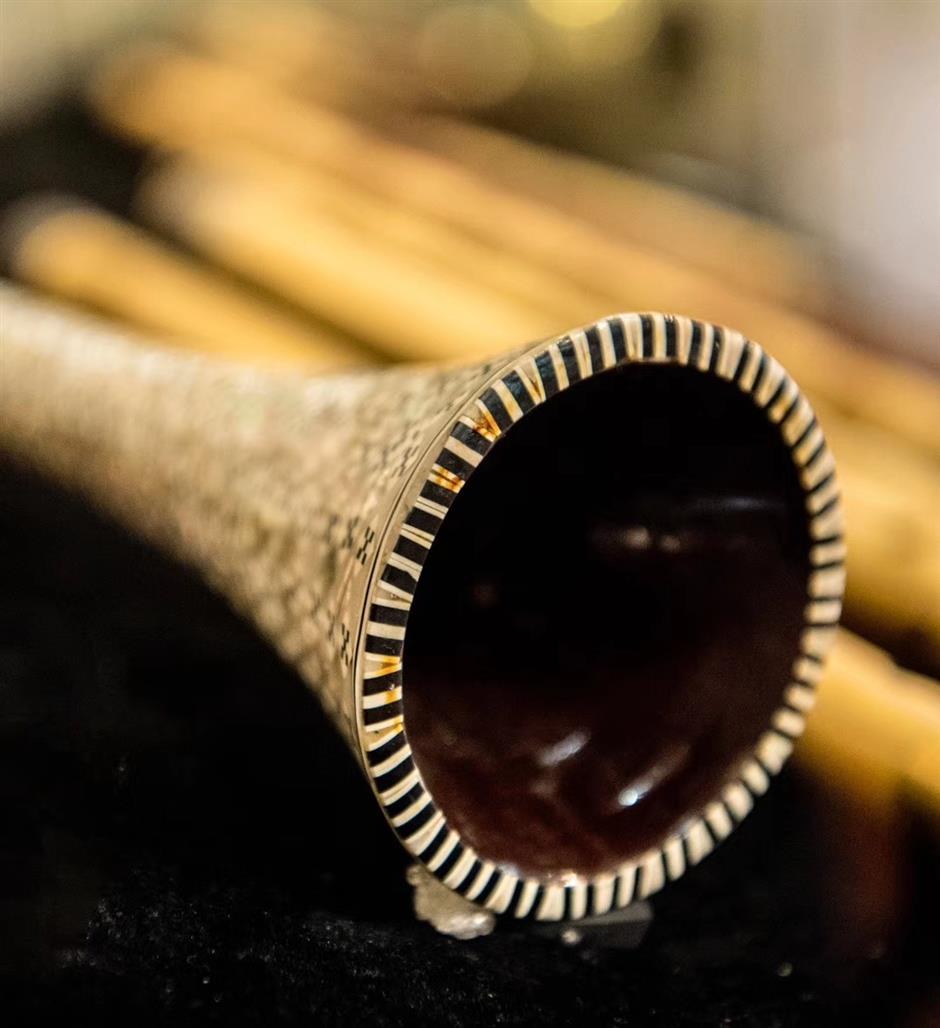