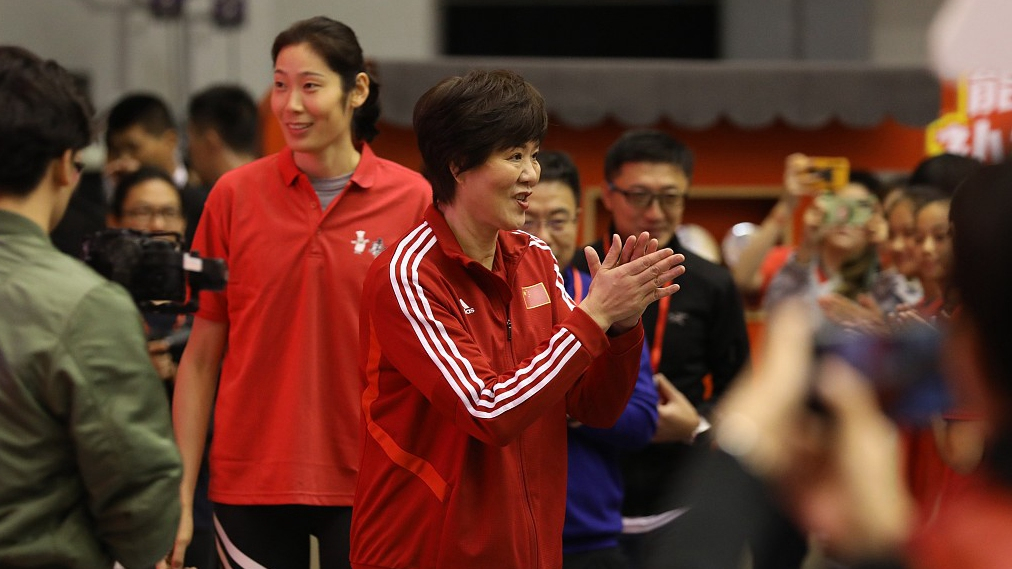 “Leap,” a film on the Chinese women’s national volleyball team, is set to hit the big screens on January 25, 2020, the first day of the Chinese New Year, according to the China Film Distribution and Exhibition Association.

Directed by Hong Kong director Peter Ho-sun Chan and starring A-list actress Gong Li, the film is based on the volleyball team’s stories spread over more than 40 years. Recently released one-minute teaser of the film has already wowed the viewers.

The women’s national volleyball team has been the pride of the Chinese people since it first claimed the championship in 1981. It beat Serbia on September 28, right before the National Day holiday, defending its World Cup crown with a record of 11 wins. It is China’s 10th title in world major volleyball events, including the World Cup, the World Championships and the Olympic Games.

Gong Li will play the role of Lang Ping, the current head coach of the team. The film star has been captured with the players on a number of occasions in the past several months. More so, a picture of her dressed as the character also amazed the audience due to her striking resemblance to Lang.

Chan is renowned for his films including “Comrades: Almost a Love Story”, “Perhaps Love”, “The Warlords” and “American Dreams in China.” He posted earlier this year saying that it was a miracle to direct the film.

“The first time I watched a game of the Chinese women’s national volleyball team was in 1978 in Bangkok – the Asian Games. It was 18-year-old Lang Ping’s first appearance in an international game, and I was 16 years old, sitting by the court. Now I’m almost 60 years old, and am preparing for the film based on their story. What a wonderful life,” Chan wrote in a post.

“Leap” is probably the first of a series of sports-themed films for next year. Another film featuring Li Na, the first Chinese and Asian Grand Slam singles champion, is also expected to meet the audience. The film is also directed by Chan. In addition, there is another a film featuring the Chinese national table tennis team.

Sports films are expected to get more popular in the future. The genre has remained a blank in the Chinese film market, with many complaining about the obstacles between the sportsmen and the filmmakers. Even as a veteran director, Chan admitted that “Leap” is one of the most difficult films he has ever directed.

One of the most important reasons is that the sports films require high professional knowledge as well as physical fitness of the actors. Chan said that he had to ask many players to take their own roles in the film “Leap”, and he was surprised to find that “their acting is more realistic than most actors.”

Three months are left before “Leap” finally graces the cinemas, but it is already expected to be a blockbuster. "Leap," a film on the Chinese women's national volleyball team, is set to hit the big screens on January...