“Once Upon a Time in Hollywood,” an American film saluting the Golden Age in Hollywood, is set for theatrical release on the Chinese mainland on Oct. 25, according to the China Film Distribution and Exhibition Association.

Set in 1969 Los Angeles, the comedy-drama film tells of a television actor and his stunt double who strive to achieve fame and success in the film industry during the final years of Hollywood’s Golden Age.

“Once Upon a Time in Hollywood” is the ninth film directed and written by Quentin Tarantino and stars Leonardo DiCaprio, Brad Pitt and Margot Robbie.

The film premiered at the Cannes Film Festival in May 2019 and started its theatrical release around the world in July. 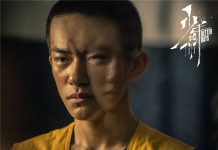