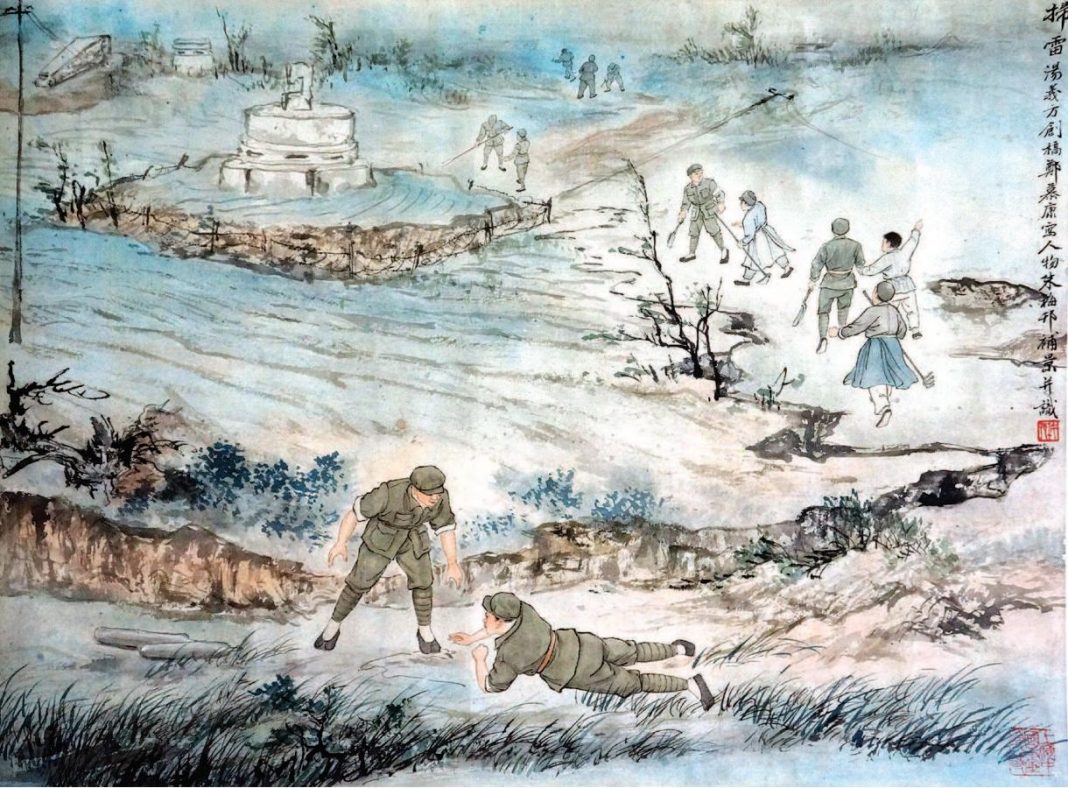 This group of works used the popular Chinese painted comic strip form of that time to reflect historical facts in the process of the liberation of Shanghai, commemorating the years of hard struggle and ultimate victory. It is reported that the “Liberation of Shanghai” paintings are expected to meet audiences for the first time during the exhibition of the Shanghai Chinese Painting Academy celebrating the 70th anniversary of the founding of the People’s Republic of China.