Some Chinese provinces have reported double-digit growth in foreign trade in the first half of 2019, far exceeding the year-on-year national growth rate of 3.9 percent.

Provinces and cities in China have started releasing their individual export and import data after China’s released the country’s foreign trade data for the first half of 2019 in June.

China’s goods trade stood at 14.67 trillion yuan (about 2.13 trillion U.S. dollars) in the first half of 2019, General Administration of Customs data showed on July 12.

Hainan’s import and export growth stands out in particular. The tropical island registered 45.6 percent growth in foreign trade, a huge leap from its negative growth rate in the same period last year.

The province has witnessed major progress in creating a pilot free trade zone (FTZ) covering the whole island. The project was approved in April 2018 to explore the establishment of an FTZ with Chinese characteristics.

Also benefiting from the island’s tax-free policy, imported duty-free goods in Hainan increased by 40.2 percent year-on-year, driving the growth of its foreign trade imports by 6.2 percent over the same period.

Central China’s Hunan Province also experienced double-digit growth in foreign trade. Import and export in the central province raised 40.1 percent in the first half of the year. Private enterprise import and export in Hunan reached 133.99 billion yuan (19.42 billion U.S. dollars) in the same period, an increase of 56.4 percent year-on-year, accounting for 73.5 percent of the province’s total import and export. This suggests that large-scale tax and fee reduction measures have boosted the confidence of enterprises and provided effective momentum for foreign trade growth.

Benefiting from the Belt and Road Initiative, 12 provinces in China’s western region realized import and export growth rates of 14 percent.

China’s trade with countries participating in the Belt and Road Initiative reached 4.24 trillion yuan (620 billion U.S. dollars) in the first half of the year, accounting for 28.9 percent of the total trade. Shanghai has launched 36 measure to deepen its development as an international first-class business environment. A plan was released on the city government website on... 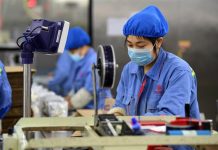 Various subsidies and supportive measures have been offered to online merchants by Internet giants to assist vendors whose businesses have suffered due to the...
Load more

Some Chinese provinces have reported double-digit growth in foreign trade in the first half of 2019,...