According to a report from EastDay, a C919 jet, type 104, took off from a runway at Shanghai Pudong International Airport at 5:32 AM on Thursday morning and completed its first flight in one hour and 25 minutes. This is the fourth test flight of the C919, type 104, which has not yet been fully sprayed. 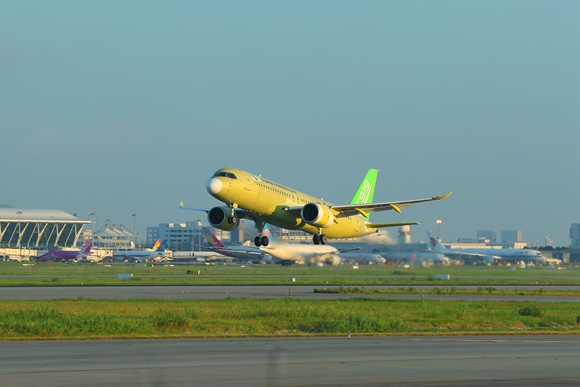 It is reported that the Commercial Aircraft Corporation of China will produce a total of six C919 jets. The 101 and 102  have been tested in Xi’an, Shandong and Jiangxi. Furthermore, the 103 has been transferred to Xi’an on July 26th for testing. Another two new C919 jets, the 105 and 106, will complete their test flights, which include flutter, airspeed calibration, loading, handling and performance later this year. All six C919 jets are scheduled to complete their test flights this year. Medical Workers tried to boost spirits of patients by leading a lively dance last week in Wuhan hospitals. Videos captured of the dances have... Kids All Over The World Show Their Support For Wuhan

Wuhan, we stand with you! That is the uplifting message of support many kids from around the world are sending to the city in...

The outrage over the Palace Museum, also known as the Forbidden City, allowing an SUV to park on its premises despite a years-long ban...
Load more

According to a report from EastDay, a C919 jet, type 104, took off from a runway at Shanghai Pudong International...