Police in Huangpu District said they started their investigation in April this year, after some Internet toy stores began selling what were claimed to be authentic Pikachu dolls at low prices.

Also, police said no company on the Chinese mainland has been authorized to sell Pikachu dolls yet. 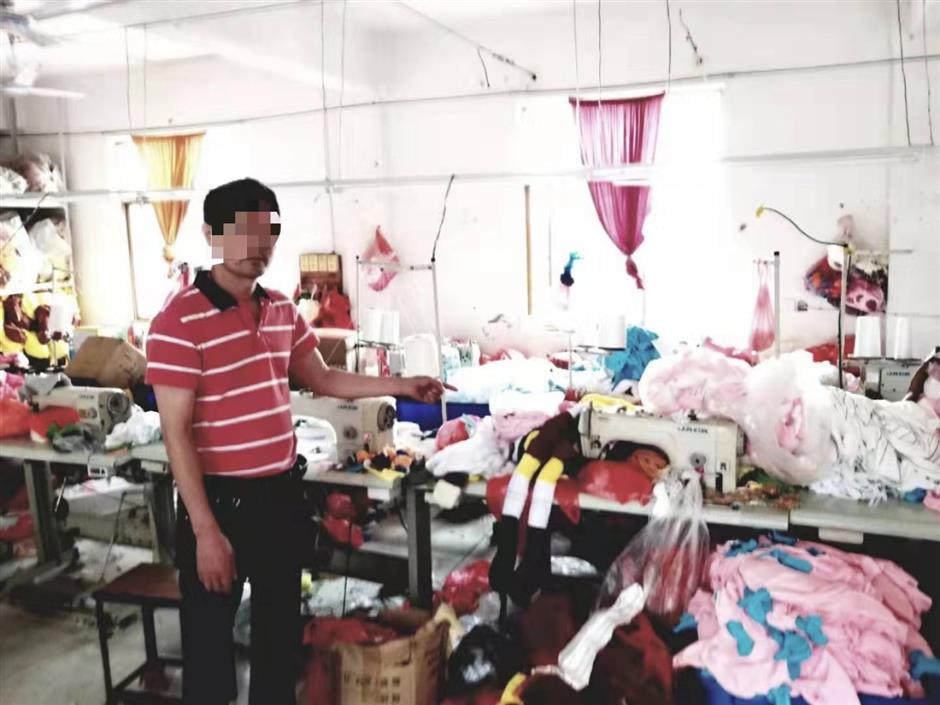 A suspect, a man surnamed Huang who was based in Guangdong Province, was caught in April.

From Huang’s underground toy factory, police found more than 5,000 pieces of the fake dolls and over 11,000 forged labels.

Police said Huang started the illegal business at the beginning of last year.

Later, police found that two people based in Jiangsu Province who ran toy stores on the Internet had purchased the fake dolls from Huang to sell online.

They then developed their own fake dolls and hired another two people to produce them, according to the police.

The fake dolls were then sold both on the Internet and in street shops, police said.

The four suspects were caught at the end of May in Yangzhou city of Jiangsu, with more than 1,000 fake dolls seized.

Police said the authentic counterparts of the seized fake dolls from both Huang and the four are worth more than 4 million yuan (US$580,000).

Huang has been handed over to the prosecutors, and the four other suspects are still under detention.