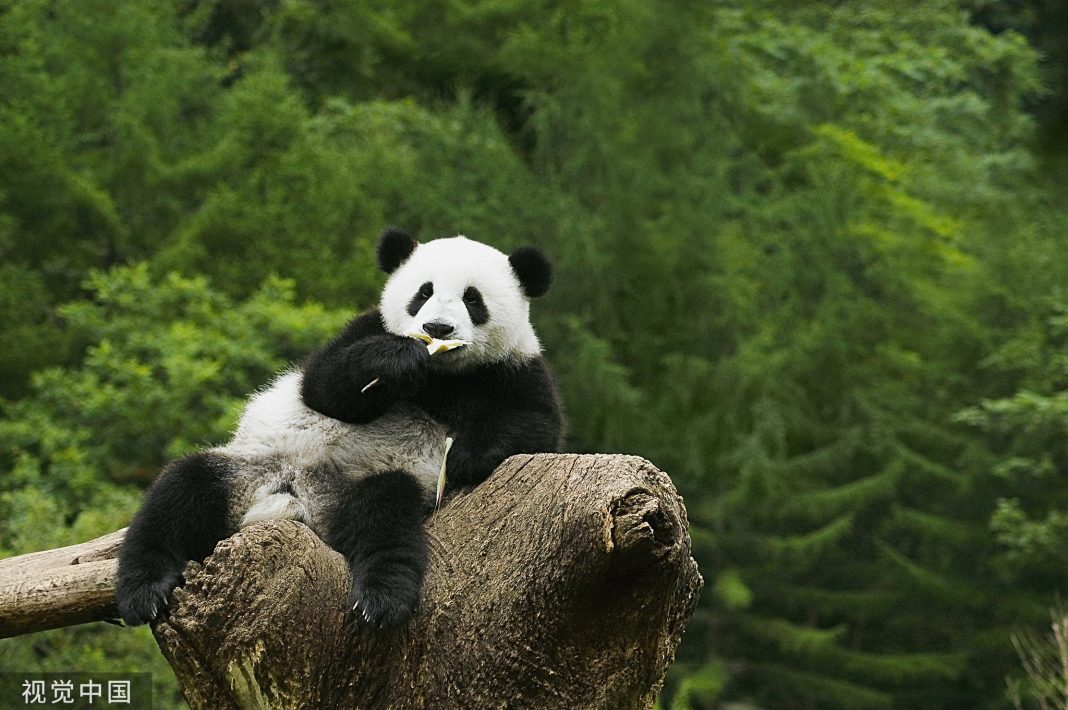 A giant panda national park is under construction in Qinling Mountains in northwest China’s Shaanxi Province.

The national park is expected to cover an area of 27,000 square kilometers, comprising Minshan Mountain and Qionglai Mountain in Sichuan Province, Qinling Mountains in Shaanxi Province and the Baishui River in Gansu Province. It will also include all of the 12 giant panda nature reserves in Qinling areas.

According to the Forestry and Grassland Bureau of Shaanxi Province, 345 giant pandas are now living in Qinling area, accounting for 18.5 percent of the wild giant panda population in China.

“It will be more than 4,000 square kilometers of the national park covering Qinling area, but still too small for the giant panda protection. We will also promote the establishment of Qinling national park to protect the habitats of giant pandas, snub-nosed monkeys and takins,” said Dang Shuangren, the director of Forestry and Grassland Bureau of Shaanxi Province.

According to the construction plan, the national park will be divided into four areas to benefit both the wild animals and visitors’ tour. Apart from giant pandas, the park will also be home to over 8,000 kinds of wild animals and plants. A pregnant woman with novel coronavirus (2019-nCoV) pneumonia has delivered a healthy baby in northeast China's Heilongjiang Province. The woman was in the 38th week...

The new year didn’t just welcome the new decade, but also new babies as Shanghai saw a number of babies being born on New...
Load more