Han Zheng, Sun Chunlan, Hu Chunhua and Liu He were endorsed as vice premiers of China’s State Council at the first session of the 13th National People’s Congress (NPC) on Monday.

The vice premiers, state councilors and secretary-general of the State Council were nominated by Chinese Premier Li Keqiang.

Han Zheng is a member of the Standing Committee of the Political Bureau of the Communist Party of China (CPC) Central Committee.

Han was born in April 1954 and is from Cixi in east China’s Zhejiang Province. He began his first job in December 1975 and joined the CPC in May 1979.

He graduated from the Institute of International Studies, East China Normal University where he completed an in-service graduate program in international relations and world economy and was awarded a master’s degree in economics.

Sun Chunlan was born in May 1950 in Raoyang County, Hebei Province in northern China. She is the only woman on the 25-member Political Bureau of the CPC Central Committee.

Sun began her first job as a factory worker in Anshan City in northeast China’s Liaoning Province in November 1969 and joined the CPC in May 1973. 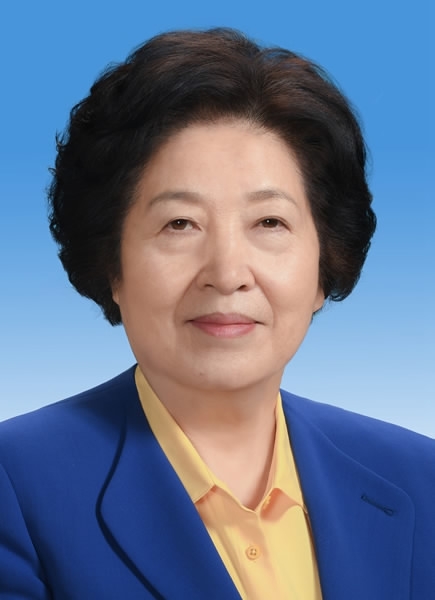 She has since spent most of her career in Liaoning.

Sun was the deputy secretary of the CPC Liaoning Provincial Committee from 1997 to 2005.

She served as the secretary of the CPC Fujian Provincial Committee in east China from 2009 to 2012.

Sun has been a member of the Political Bureau of the CPC Central Committee since 2012.

She served as the Party chief of north China’s Tianjin Municipality from 2012 to 2014.

From 2014 to 2017, Sun was the head of the United Front Work Department of the CPC Central Committee.

Hu Chunhua is currently a member of the Political Bureau of the CPC Central Committee.

Hu was born in April 1963 and is from Wufeng County, Hubei Province in central China. He graduated from the Department of Chinese Language and Literature, Peking University where he completed an undergraduate program.

He was the first secretary of the CYL Central Committee Secretariat from 2006 to 2008.

From 2009 to 2012, he was the Party chief of the Inner Mongolia Autonomous Region in northern China.

He served as Guangdong Provincial CPC chief in south China from 2012 to October 2017.

Liu He was born in January 1952 and is from Changli County, Hebei Province in north China.

He got his bachelor’s degree from the Department of Industrial Economy at Renmin University of China and holds two master’s degrees in economics and public administration. He is a research fellow and a professor.

Liu is currently a member of the Political Bureau of the CPC Central Committee.

He has served as General Office director of the Central Leading Group for Financial and Economic Affairs, and also as vice minister of the National Development and Reform Commission since 2013.