Hong Kong police on Thursday found explosives in the fields of Sheung Shui and arrested three female suspects, according to local media reports.

Among them, two women are owners of a house suspected to be used as a lab to make high explosives.

Chan Tin-chu, a senior superintendent in Hong Kong, told the media that these explosives are believed to be used in big public events and to target police, and could cause large casualties.

Ten male suspects have also been arrested since Tuesday for conspiring to make an explosive device, the “possession of dangerous drugs” and “unlawful assembly”, Hong Kong police said on its official Facebook page.

Police said that they were highly concerned about the case and reiterated that the manufacturing and storing of explosives was extremely dangerous. Hong Kong police also urged people not to break the law.

Hong Kong saw 52,000 crimes from January to November in 2019, a 4.2-percent rise year on year. Police estimated that over 5,000 petrol bombs have been used by rioters since August. 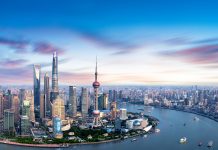