Shanghai city government announced today that an E-Sports Shanghai Masters would begin on November 28that Jingan Sports Center. The 4-day tournament, the first to be held in Shanghai, will feature at least 16 teams from different countries and regions including South Korea, Europe and North America. Total prize money is 5 million Yuan and officials hope that the event will help the city move forward with its stated goal of making Shanghai an E-Sports capital within 3-5 years. 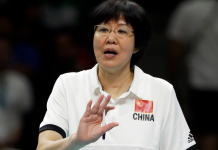 Shanghai city government announced today that an E-Sports Shanghai Masters would begin on November 28that...