Starting today, about 500 scholars from around the world gathered in Shanghai to discuss the development of China and the world from a wide variety of topics including political, economic, cultural and social issues from both a Chinese and international perspective.

The forum “China and the World” opened today at the Shanghai International Convention Center. Opening the 8th World Forum on China Studies, was President Emeritus of the Asia Society in the United States, Nicholas Plat, who also won the award for outstanding contributions to China studies. The overarching theme of this year’s forum is “China and the World: Progressing Together over 70 Years.” The two-day forum was jointly organized by Shanghai’s Academy of Social Sciences, and the Information Office of Shanghai Municipality. 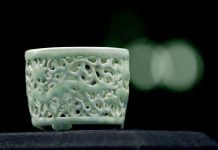 ChinaJoy, or the China Digital Entertainment Expo and Conference, Asia’s biggest gaming fair, is being held in Shanghai until Monday. About 400 exhibitors, including top...

Starting today, about 500 scholars from around the world gathered in Shanghai to discuss the development...