A 1-year-old giant panda born at the Shanghai Wild Animal Park in the Pudong New Area has finally got a name.

The name has multiple meanings, the park operator said. Qi Qi was born on July 17 last year and is the seventh daughter of giant panda Gong Zhu (meaning princess in Chinese). In addition, this year marks the 70th anniversary of the founding of the People’s Republic of China.

The name was picked via public solicitation and a public vote.

Since May 17 when the solicitation campaign began, more than 3,000 names were submitted from home and abroad. Out of that, 10 names such as Du Du, Xiao Xiao (meaning smile) and Tian Xin (sweet heart) were picked and entered the final round.

The name Qi Qi was selected after a public vote and following an assessment by the park and the China Conservation and Research Center for Giant Panda.

Qi Qi weighed 165 grams when she was two days old, and she opened her eyes on the 52nd day. She started creeping when she was 118 days old.

In good health and now weighing 26.6 kilograms, Qi Qi is active and naughty; she likes climbing high, her keepers said.

Her mother Gong Zhu delivered Qi Qi when she was 20 years old, and her cubs have been sent to Japan, South Korea and the Netherlands as a sign of friendship, according to the park.

A video about Qi Qi from her birth to her present growth stage is being screened at the park, allowing visitors to know more about the giant panda cub.

Seven giant pandas now live at the park, which was designated a giant panda reserve by the State Forestry Administration of China in March 2016. A pigeon pair — a male and a female — was born in the park in October the same year.

Of the seven, Xue Bao and Qian Jin were born in 2017. Their names were also given based on public solicitation and vote.

Qian Jin is homophonic for “apple of the eye” and is usually given to a daughter. Xue Bao is active and an extrovert, while Qian Jin is quiet — but smart and keen to try out new things, their keepers said.

Apart from the Pudong park, there are two other reserves in Beijing and Guangzhou, south China’s Guangdong Province. All aim to expand the giant panda population. 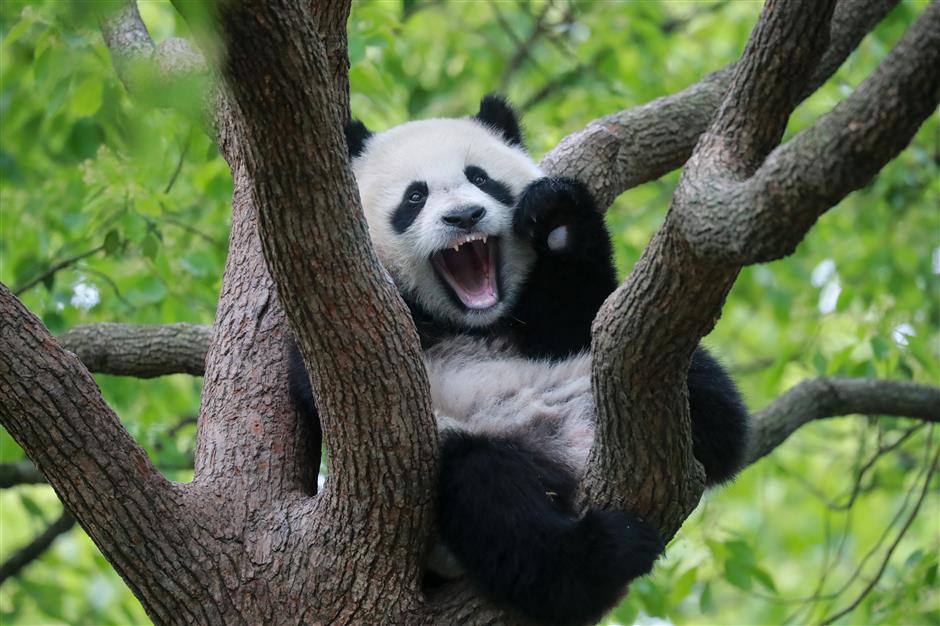 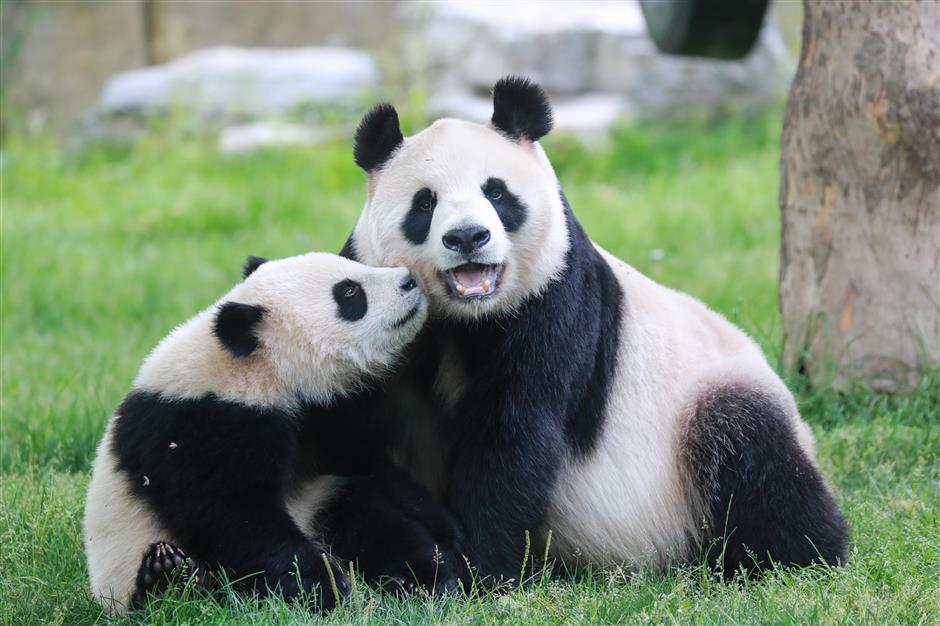 A 1-year-old giant panda born at the Shanghai Wild Animal Park in the Pudong New Area has finally got...