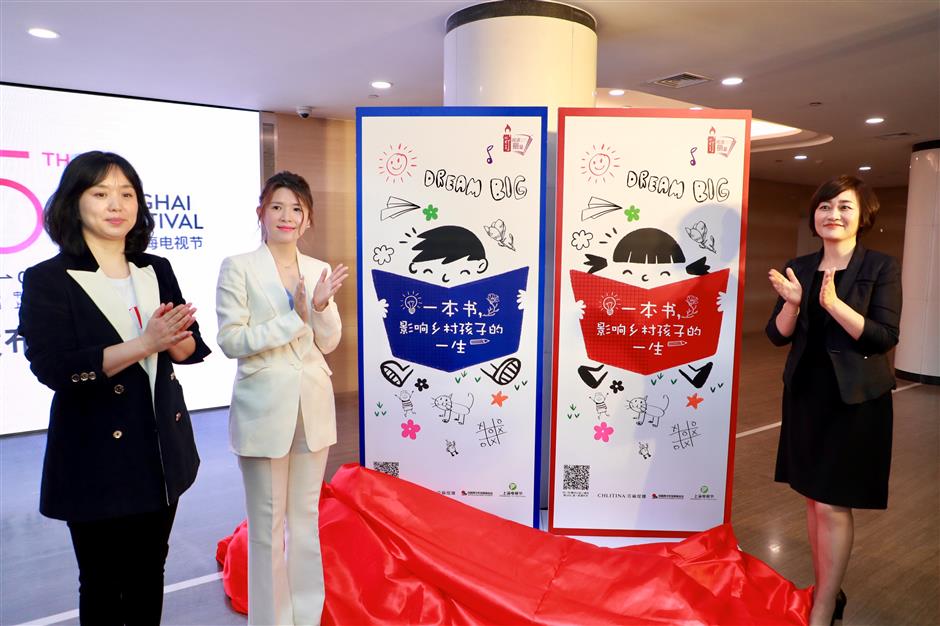 The 25th Shanghai TV Festival, from June 10 to 14, will present a series of programs for audiences and industry professionals from all over the world.

Preparations for this year’s festival are underway, with officials announcing the juries for the festival’s Magnolia Awards in the TV series, documentary and animation categories on Thursday.

The festival also released its poster and a charity reading program for children in the poverty-stricken villages.

Fu Wenxia, managing director of the festival, said there were around 1,000 entries from 52 countries and regions this year. Many are new and outstanding TV productions in diverse genres and styles, Fu said.

“With the increasing influence of the TV festival globally, the number of this year’s overseas candidates has almost doubled,” Fu said.

The Magnolia Awards ceremony will be held on the evening of June 14 when winning TV productions, actors, directors, scriptwriters and directors of photography will be honored.

Chinese director Gao Xixi, known for acclaimed TV dramas “Three Kingdoms” and “History of the Sky,” has been appointed jury president in the TV series category.

American independent producer Mark Edwards, who has more than 20 years’ experience in documentary filmmaking, will chair the jury panel in the documentary category.

This year’s festival will also showcase a wide range of recent TV films, series, documentaries and cartoons on local channels and public venues.

The Magnolia TV Forum will launch new master classes focusing on the new rising force of the TV industry.

A batch of new dramas celebrating the 70th anniversary of the founding of the People’s Republic of China will be another feature of the festival.

The program will invite cultural celebrities and TV stars to recommend books for rural children. Celebrated actors will also share their own reading stories and send books to the children. Wuhan Not Necessarily Where Coronavirus Crossed From Animals Into Humans: WHO Expert

Although the first clusters of atypical pneumonia were reported in Wuhan, China, it doesn't necessarily mean that is where the COVID-19 disease crossed from... The 25th Shanghai TV Festival, from June 10 to 14, will present a series of programs for audiences and...