Thomas Derkseu, a 30-year-old German, has three identities: a graduate in East Asian studies, a foreign son-in-law and an online celebrity with millions of followers on China’s social media platform.

Derkseu, better known among locals as Ah Fu, settled in China four years ago. He is better recognized to crowds of fans as a fluent Chinese speaker who creates funny video clips telling his anecdotes on China.

He recently created a video clip about the popular Chinese mobile products such as Xiaomi and Huawei in Germany as he said more Germans, especially the younger generation, increasingly perceive Chinese products as innovative.

A revolution of globalized Chinese consumer brands is taking place. Perceptual improvements are powered by progress from manufacturers across China’s high-tech industries, from mobile payments to artificial intelligence.

China announced in 2017 that May 10 was China Brand Day and the 2019 China Brand Day series, an exhibition inviting indigenous brands to showcase the cutting-edge technology, products and services kicked off on Friday in Shanghai, the second such event held in the city.

Nearly 200 Chinese brands joined the event, which concluded yesterday, and share their experiences in going global.

“Branding strategy is one of the priorities during the shift for Chinese brands to become world power players,” said an official with the National Development and Reform Commission, co-host of the event.

In Thailand, a market dominated by Japanese cars for decades, it is not easy for latecomers to stand out. Acarmaker MG from China found its niche in the market by developing an in-car infotainment system that supports Thai language, bringing immediate results in sales. The system, along with MG’s consistent quality, helps the Chinese carmaker become the 7th best-selling car brand in Thailand.

Cars made in China are not only top sellers in the Southeastern Asian country, but also across Britain, New Zealand, Australia, the Middle East and Indonesia. SAIC Motor, the parent company of MG, is one of the competitive Chinese players that have gained popularity in overseas markets.

In 2018, SAIC Motor’s exports and overseas sales surged to 277,000, up 62.5 percent year on year, accounting for nearly a quarter of the total overseas sales of Chinese car brands.

“The priority of taking a company global is to earn a reputation and then boost the sales,” said Yang Xiaodong, president of SAIC Motor International Corporations. “Localization is the key to establishing a reputation in a strange market and SAIC Motor has always sought to manufacture vehicles and offer after-sale services that cater to the local demand.”

SAIC Motor has done exactly what it said, setting up a sophisticated value chain of research and development centers, manufacturing bases, sales and supplying centers and financial companies in its bullish international marketing drive.

Like SAIC Motor, more and more Chinese automobile companies have sped up the efforts to expand their businesses globally in recent years.

According to Shanghai Customs, more than 70 Chinese carmakers exported their vehicles to over 70 countries and regions via the ports in Shanghai last year, with the total amount reaching 230,000 units, making up about 67 percent of China’s total vehicle exports.

“With just a few clicks of the mouse, and 10 days of patience, I can have a box of light bulbs delivered to my front door from China that helps me save on my electric bill by over 90 percent,” said Faisal Saleh, a young man from Dammam, Saudi Arabia.

The e-commerce platform Dammam referred to is the AliExpress of China’s online retail behemoth Alibaba, making cross-border sales and fast delivery possible for millions of buyers around the world.

As of September, last year, AliExpress’s home and abroad users have snowballed to 150 million. “This year marks the third year for our ‘local to global’ strategy,” said Wang Mingqiang, general manager of AliExpress. “This strategy is intimately connected to Alibaba’s broader globalization strategy.”

During the annual online shopping bonanza on November 11, China’s online retail sales exceeded 300 billion yuan last year, up about 27 percent and a record high, the Ministry of Commerce said.

The Double 11 online retail market in China is becoming increasingly international. AliExpress is inviting businesses from other countries to grab a slice of the huge market.

The company not only helps facilitate overseas business owners to sell their goods on its platform, but also share its wisdom of efficient delivery services.

“We want to promote a level-playing field for small and medium-sized businesses at home and abroad in global competition,” Wang said. “The sales of local products at AliExpress will also boost local economy and create job opportunities.”

Mobile payment services are also taking root abroad. According to a recent research released by Nelson, a marketing consultancy, the number of outbound Chinese tourists using mobile payments has surpassed tourists who pay by cash.

The spike in Chinese mobile payment users has caught the attention of overseas business owners since the convenient payment boosts their numbers of customers and revenues.

Alipay, Alibaba’s mobile payment platform, has built business relations with over 250 financial institutions abroad to provide on-line payment service for foreign sellers and the service of mobile payment for Chinese tourists as well as locals.

Thanks to its global expansion, Alipay’s users have totaled 1 billion, making it the world’s most-downloaded non-social mobile application.

Sri Lanka unveiled the first railway project built by a Chinese company under the Belt and Road Initiative. Thus far, the island nation has developed a sophisticated transport system of land, sea and air.

Over the years a number of countries and regions, especially those participating in the Belt and Road Initiative, have benefited from the investment and expertise of Chinese companies to upgrade their infrastructure and beef up the local economy.

The China-Maldives Friendship Bridge, the first cross-sea bridge in the Maldives, was opened to traffic in August last year. The Montenegro Highway, the biggest infrastructure in the terrain-challenged country, was completed last July, and Belarus has started to develop its car manufacturing sector with the help of Chinese expertise.

In the German city of Duisburg, China Railway Express has increased from three trains per week to 35 to 40 per week right now, stimulating the growth of port industry and creating more than 6,000 jobs.

According to the Ministry of Commerce, Chinese investors completed non-financial investment totaling US$15.7 billion in 1,416 foreign companies in 138 countries and regions in the first two months of 2019.

The COVID-19 outbreak may have given a hospital patient referral system a kickstart that it needed after having trouble getting going for the past... 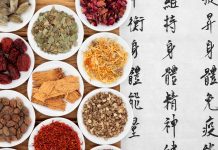 The city’s health commission and traditional Chinese medicine (TCM) administration have issued a guideline on the innovation and development of TCM to provide improved...

As part of the Double Five shopping festival more than 2000 products will be launched by 50 Shanghai time-honored brands at Yuyuan Gardens. Many...
Load more

Thomas Derkseu, a 30-year-old German, has three identities: a graduate in East Asian studies, a foreign...