Home Zoom In Love On The Bund 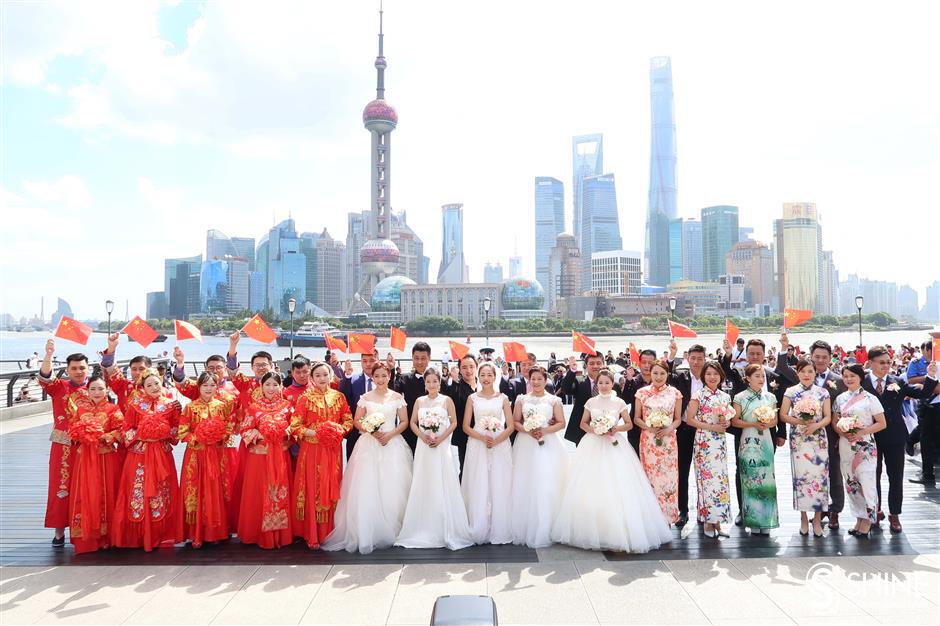 The 2019 Rose Wedding, an annual Shanghai group wedding event, was held on the Bund on Thursday.

This year’s event pays tribute to the 70th anniversary of the founding of the People’s Republic of China. A total of 15 newlywed couples from the Yangtze River Delta region sang songs together at the wedding ceremony to extend their best wishes to the country.

The couples, from all walks of life, including education, sports, finance and commerce, took part in a ceremony that combined modern and traditional elements. The couples read letters of gratitude to their parents and exchanged jade love tokens.

A floats parade around the Bund was held following the ceremony. The couples then headed to Shaxi old town in Suzhou to take part in folk ceremonies praying for good luck.

Launched in 1998, the Rose Wedding has become a cultural brand of Shanghai.

Cao Zhonghua, an official with Rose Wedding’s organizing committee, said traditional Chinese culture and etiquette have been incorporated into the ceremony in the hope of presenting a both fashionable and traditional wedding ceremony for young people. 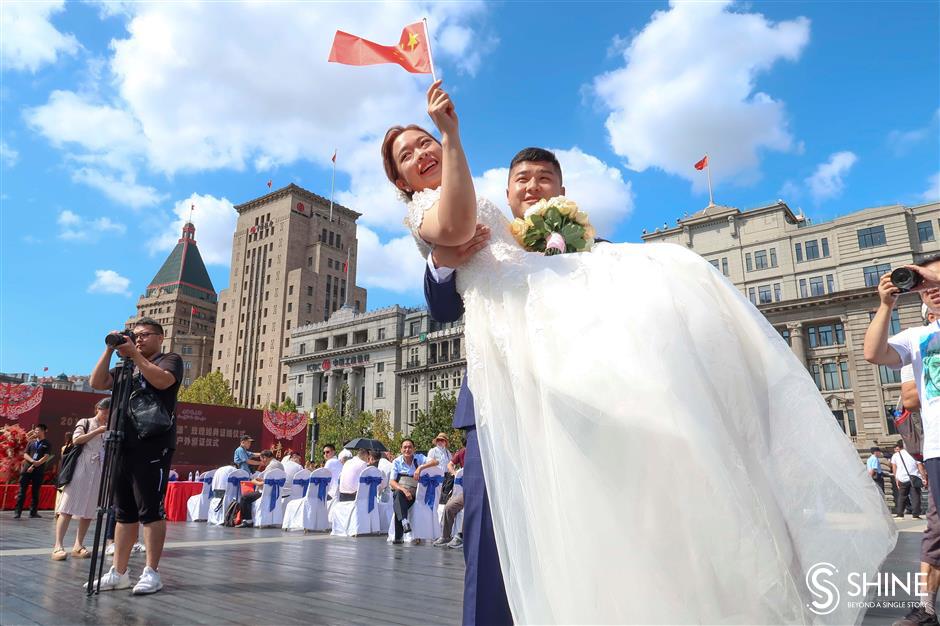 Shanghai is arguably the most cosmopolitan city in China, with expats from all over the world making it their home. And amid the COVID-19... Love From Afar On Valentine’s Day

This year’s Valentine’s Day was certainly no ordinary one. In this video, we take a look at how the day went for two doctors...
Load more

The 2019 Rose Wedding, an annual Shanghai group wedding event, was held on the Bund on Thursday.