Home Big Buzz Transit To PVG Is About To Get Even Easier!

Pudong International Airport is about to get much more convenient! In the future, you can take rapid transit from the terminal to the satellite hall.

Shanghai Airport Company announced that the new passenger RTS(rapid transit system) and satellite hall will be put into operation in September this year.

The RTS is a 7.8 km-long metro system with double shuttle lines. It will have four stations: T1, T2 and the future satellite terminals S1 and S2. The system will run 24h/day, 7d/week and it is estimated it will carry 250,000 passengers daily. The RTS will make travel between the terminal and satellite hall quick and easy. Elderly Care On The Agenda At SH Two Sessions

Elderly care was on political advisors’ lips yesterday with some making valuable suggestions on how to improve care for senior citizens. Watch this video... 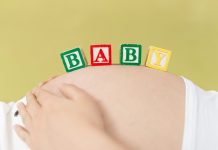 Shanghai’s Women Federation submitted a proposal at this year’s Shanghai Two Sessions to extend the period of maternity leave and also to provide more...

Yuyuan Lights Up For Year Of The Mouse

Yuyuan Garden’s annual light festival has just begun to usher in the Year of the Mouse. Our reporter was there to see what’s new...
Load more

Pudong International Airport is about to get much more convenient! In the future, you can take rapid...