To celebrate the 70th anniversary of the founding the People’s Republic of China and 40th anniversary of Sino-Japanese relations, the Shanghai Jingju Theatre is touring the opera “The Monkey King” in Japan. The show premiered on June 11th in Tokyo, receiving high praise.

The Japan tour is led by famous performer Yan Qingu, and will perform the Peking Opera until the 16th of this month in the Tokyo Metropolitan Theatre. Other performances will be held on the 18th, 20th, 22nd, and 23rd in multiple venues across Japanese cities such as Osaka and Aichi. 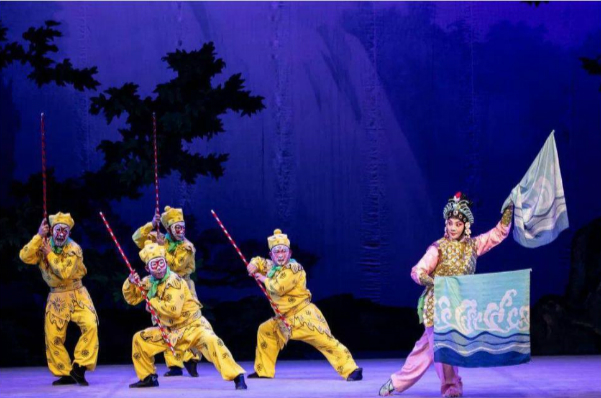 The performers arrived in Tokyo on June 9th for preparation. They will perform a total of 12 times, along with four Peking Opera lectures and five fan meetings. According to the host, the Tokyo and Osaka shows are completely sold out.