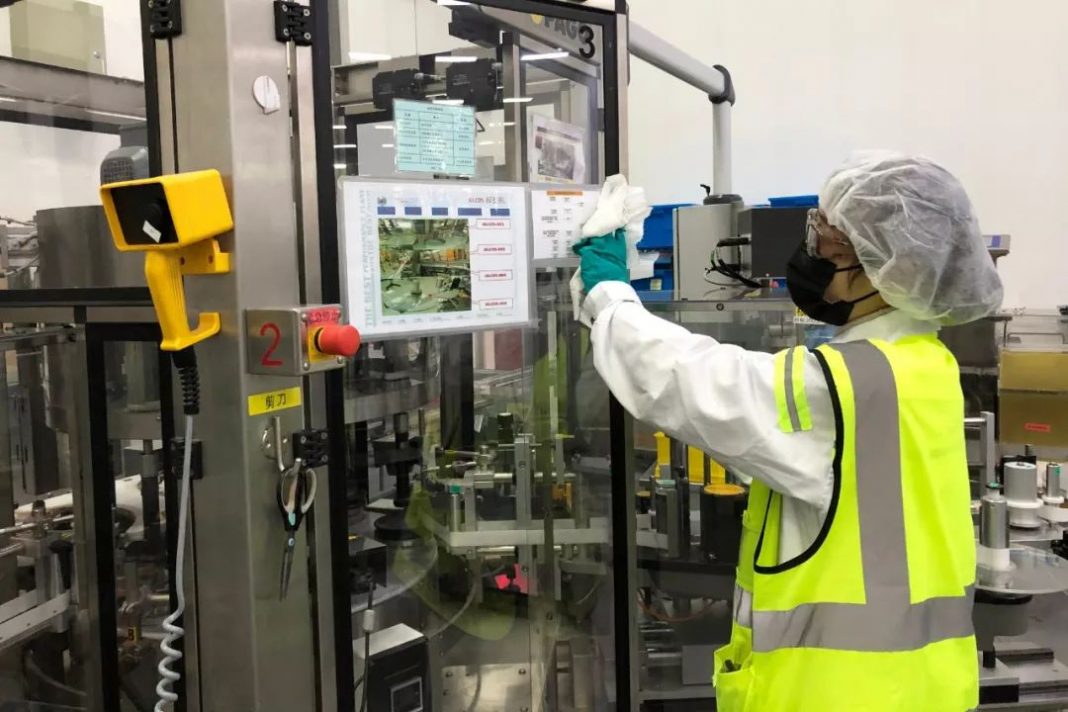 Strict sanitation measures have been put in place to ensure normal operations as more people are set to resume work on Monday.

Consumer goods and pharma companies have put together strict measures for their production sites and employees.

L’Oréal said its Suzhou plant in the Suzhou Industrial Park as well as research facilities in Zhangjiang resumed operations last week while the Yichang plant in Hubei Province remains closed.

At its Suzhou plant, all staff were given online training and tests before returning to work and posters were put up inside the facility. Thorough sanitation is conducted at production lines and hand gel is provided at warehouses.

Boehringer Ingelheim said it’s keeping a daily record of factory cleaning and ensuring a  sufficient supply of protective gear. “A series of measures and hand washers were put into place to ensure employees’ safety and product quality,” it said.

Alipay said an online health declaration platform for Zhejiang residents already has had more than 10 million visitors since it was launched last Tuesday. The online module allows residents to apply for a transportation permit and will be available nationwide next week.

It has also began an online transportation permit system for trucks in the Yangtze River Delta region following the orders of the Shanghai Transportation Commission.

Most chemical companies in Shanghai have resumed work, however, the majority of office workers still work from home.

Covestro’s production site in Shanghai, which had been operating on holiday mode during Spring Festival, switched to a light business mode with reduced capacity on February 10. Materials being produced at the site include polycarbonate, which can be used to produce anti-epidemic supplies such as goggles and thermometers.

In order to balance production and epidemic prevention and control, the Covestro site also requires non-production employees to work from home.

The government has set up guidelines, covering protection and application requirements, according to the Shanghai Commission of Economy and Informatization.

During the weekend, Zhangjiang Group announced to use an online application platform for work resumption. It will be handled by 12 executives to cover various industrial parks in Zhangjiang, where high-tech firms in software, integrated circuit, bio-medicine and finance gather. Strict sanitation measures have been put in place to ensure normal operations as more people are set...