NASA’s New Horizons spacecraft flew past the most distant world ever studied by humankind, the Kuiper Belt object Ultima Thule, on New Year’s Day of 2019.

The New Horizons spacecraft aimed its cameras at the space rock which is 6.4 billion kilometers away from the Earth.

Real-time video of the actual flyby was impossible since it takes more than six hours for a signal sent from Earth to reach the spaceship and another six hours for the response to arrive.

Hurtling through space at a speed of 32,000 miles per hour, the spacecraft aimed to make its closest approach within 2,200 miles of the surface of Ultima Thule.

It’s the farthest flyby in the history of solar system exploration.

Scientists are not sure what Ultima Thule looks like – whether it is cratered or smooth, or even if it is a single object or a cluster.

It was discovered in 2014 with the help of the Hubble Space Telescope and is believed to be 12-20 miles in size.

A blurred and pixelated image released Monday, taken from 1.2 million miles away, has intrigued scientists because it appears to show an elongated blob, not a round space rock.

The spaceship was to collect 900 images over the course of a few seconds as it shaved by. Even clearer images should arrive over the next three days.

“Now it is just a matter of time to see the data coming down,” said deputy project scientist John Spencer of the Southwest Research Institute.

Scientists decided to study Ultima Thule with New Horizons after the spaceship, which launched in 2006, completed its main mission of flying by Pluto in 2015, returning the most detailed images ever taken of the dwarf planet.

Stern said the goal is to take images of Ultima that are three times the resolution the team had for Pluto.

How far have we gone in space?

There are multiple ways for humans to explore space.

The farthest in space humans have made direct contact was the Moon landing in 1969. 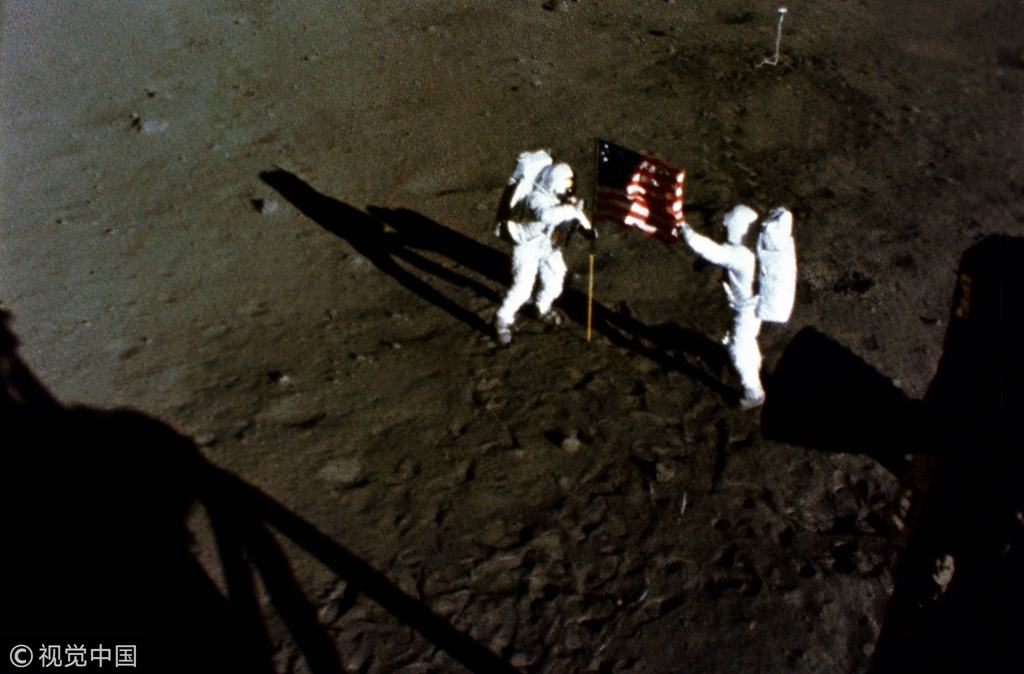 Two Americans, commander Neil Armstrong and lunar module pilot Buzz Aldrin, landed on the Moon in 1969 and Armstrong became the first human being to step onto the lunar surface.

The distance from the Earth to the Moon is 384,400 kilometers, which takes light less than two seconds to travel.

The second way for us to study space is through probes. Up to now, seven rovers landed successfully on Mars, which is the farthest planet from Earth that has man-made objects on.

Mars is 54.6 million kilometers away from the Earth.

There are also currently many spacecrafts in the solar system. Some entered the orbits of certain planets to conduct close observation, and others, such as New Horizons, are flying to the outer periphery of the solar system and collecting data on planets along the way. NASA's New Horizons spacecraft flew past the most distant world ever studied by humankind, the Kuiper...