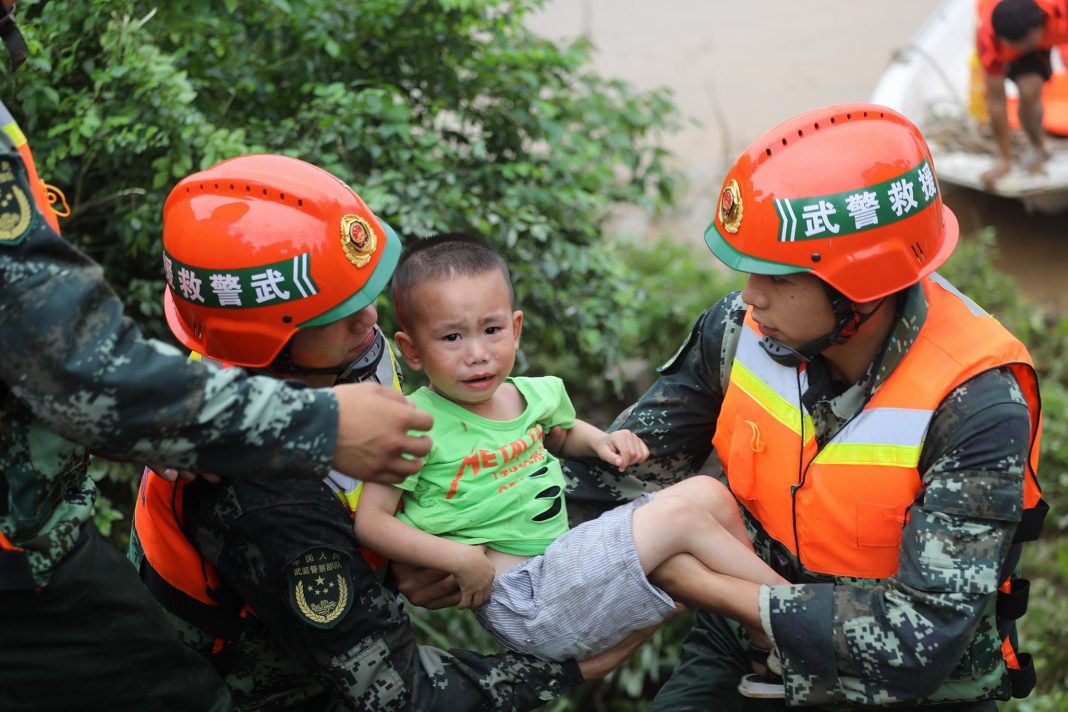 A special work team has been sent to the disaster areas to provide guidance in disaster relief, according to the MEM.

Six people have been confirmed dead and one is missing after strong winds, hail and rainstorm-triggered floods hit Jiangxi Province.

The heavy downpours that started on Thursday had damaged 77,400 hectares of crops, lead to the collapse of 118 houses and severely damaged 97 houses, according to Jiangxi’s provincial emergency management department.

Direct economic losses were estimated at 1.59 billion yuan (US$229 million).

Local authorities activated an emergency response on Friday. So far, 88,000 residents have been relocated to safe places, with 45,000 residents in urgent need of aid.

Disaster relief supplies, including cotton quilts and bamboo mats, have been distributed by authorities to the affected residents.

Starting on Thursday, it had been raining heavily in the northeastern and central parts of the province, which led to 23 counties and districts being inundated by floodwaters, said Jiangxi provincial emergency management bureau.

The weather service predicted that the downpour would continue until tomorrow.

Some of those regions will see up to 240mm of rainfall within 24 hours.

The center advised local governments to keep alert to possible flooding, landslides and mudslides and recommended outdoor operations be halted in hazardous areas.

China has a four-tier color-coded weather warning system, with red representing the most severe, followed by orange, yellow and blue.

In other provinces, more than 58,200 people were affected after intense rain pelted southwest China’s Guizhou Province, causing rivers to swell and submerging a town in more than two meters of water.

Violent rainstorms have pounded 30 towns in the Qiannan Bouyei and Miao Autonomous Prefecture since Wednesday.

The intense rain has toppled or damaged houses of about 100 families, forcing the evacuation of 95 people.

Nearly 2,500 hectares of crops have been damaged, and direct economic losses have mounted to 20 million yuan.

In the hardest-hit Baisuo Town, in Changshun County, flood water at one point rose above 2 meters but began to subside yesterday. Affected residents have been relocated to safe places.

Electricity supply to some affected regions has yet to be restored. The China Southern Power Grid Company said it has mobilized 1,181 personnel and 494 vehicles for repair missions to ensure power supply to sites hosting the national college entrance exam.

In the southern Guangxi Zhuang Autonomous Region, a total of 30,345 residents have been affected by heavy downpours and floods, with more than 800 relocated.

Rainstorms and floods had damaged more than 3,400 hectares of crops and collapsed 22 houses in Guangxi, causing a direct economic loss of about 16.7 million yuan.

The regional meteorological bureau activated an emergency response on Friday and forecast the heavy rain to persist until Wednesday.

Local residents are advised to keep alert to possible flooding, landslides and mudslides. 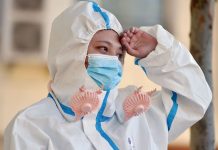 The China National Commission for Disaster Reduction and the Ministry of Emergency Management jointly...