Every year, members of the Chinese People’s Political Consultative Conference (CPPCC) submit about 5,000 proposals, with their suggestions on solving various issues in the country. The proposals are not legally binding, but some lead the government to sit up and pay attention.

One example is CPCCC member Xu Jin’s proposal on China’s housing problems, which pushed the government to take action.

The Chinese public have been complaining about the high housing prices for years. But few knew homeowners faced another problem, until Xu raised it in 2013.

“The life cycle for residential buildings in China is only 50 years, but people are paying for 70 years of property rights to buy them. It’s unequal,” said Xu.

Xu is an architecture professor at Tsinghua University in Beijing. Five years ago, he proposed extending the lifespan of housing to at least 70 years. He was also concerned about environmental issues.

“The short period between reconstruction also damages the environment. China’s construction waste every year piles up to the size of a Himalayan mountain,” said Xu.

His proposal was handed over to the housing ministry, which spoke with him several times.

“At first they questioned me. They said our problem now is the buildings are dismantled before they can reach their life limit. I said it’s because old buildings are not dense and tall enough, so developers like to turn six floors into 20 floors and make money. But who will dismantle a 20-floor building for a hundred-floor one in the future, for people to live in?” Xu questioned.

The third time they spoke, the ministry told him it’s starting the process to amend the design standards.

“I said I’m still not satisfied because you didn’t give me a timetable. If you take 10 years to amend the standards, China’s construction peak has passed. And within a century, when you open your window, dangerous buildings are everywhere, will you feel sorry?”

Two years later, Xu’s proposal was written into the central government’s urban construction plan at the end of 2015. Xu feels only half satisfied.

He still talks about the issue to the media every year, to let the public know the facts better and push the government to make the ultimate change.

Every year advisors submit about 5,000 proposals. The proposals are handed over to the concerned local governments, who will have answers to them one by one. Xu said that as an advisor, he tries to make sure each proposal makes good sense, and expects the governments to take real action, faster. 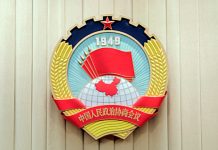 Every year, members of the Chinese People's Political Consultative Conference (CPPCC) submit about 5,000...