Do you remember the big fox with the sad eyes from the gate of the Jing’an Sculpture Park? The museum has announced that it will go back to its home in London on August 15th. 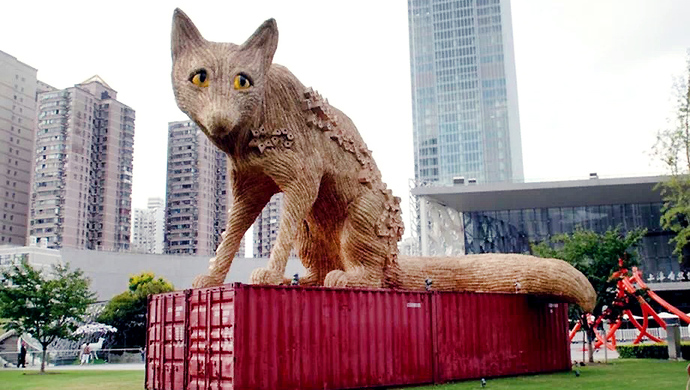 This “city fox” was designed by British artist Alex Rinsler. Squatting on four shipping containers, the fox is nearly seven meters high and nearly 10 meters long. In 2014, after a long sojourn from his British hometown, he arrived in Shanghai.

There are some interesting things about this sad fox:

The original “city fox” was woven out of straw. After two years, maintenance workers noticed something was off. When checking it out, they were surprised to find that the large fox had become home to several nearby birds. So the staff decided to “treat” the sculpture.

During the renovations, Alex Linsler’s team made more than 150 nests for birds to live in.
Now that the “city fox” is about to be removed, will the birds lose their nests? Not at all, because there were actually very few birds living in the fox’s wooden nests.

2. The British have a long history with foxes.

Citizens in London are now waiting for the fox to come back with great passion, as the British have a long connection with the animal. It is common to see foxes running through English city streets. For centuries, they have lived in harmony with humans. 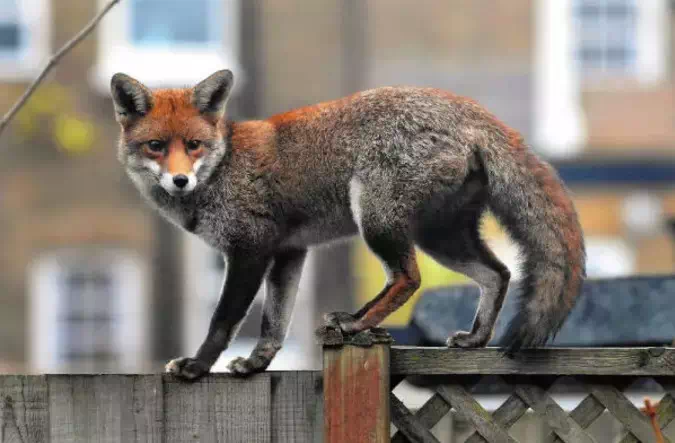 In 2011, to celebrate the 60th anniversary of the British festival, London’s south bank art center commissioned “the city fox,” which became an icon. The choice to place it in the Jing’an Sculpture Park was made because the foxes in England are a symbol of “harmony between man and nature”.

Although the “city fox” will go back to its hometown, the concept that human and animals should live in harmony must not be forgotten!

Up, Up And Away For Domestic Regional Jet

Ordering online is convenient, but it’s not so convenient when you’re not at home. There are special lockers to help with that, but the...
Load more

Do you remember the big fox with the sad eyes from the gate of the Jing'an Sculpture Park? The museum...