Seven highly-anticipated movies, which were set to hit Chinese cinema during the Spring Festival holiday, announced Thursday to withdraw their original release plan due to recent pneumonia outbreak on their official accounts on China’s Twitter-like Weibo.

Chinese animation “Boonie Bears: The Wild Life” announced on its Weibo account that “the film is officially withdrawn from the Spring Festival holiday and will be released another day,” stressing that “nothing is more important than the safety and health of families and children.” 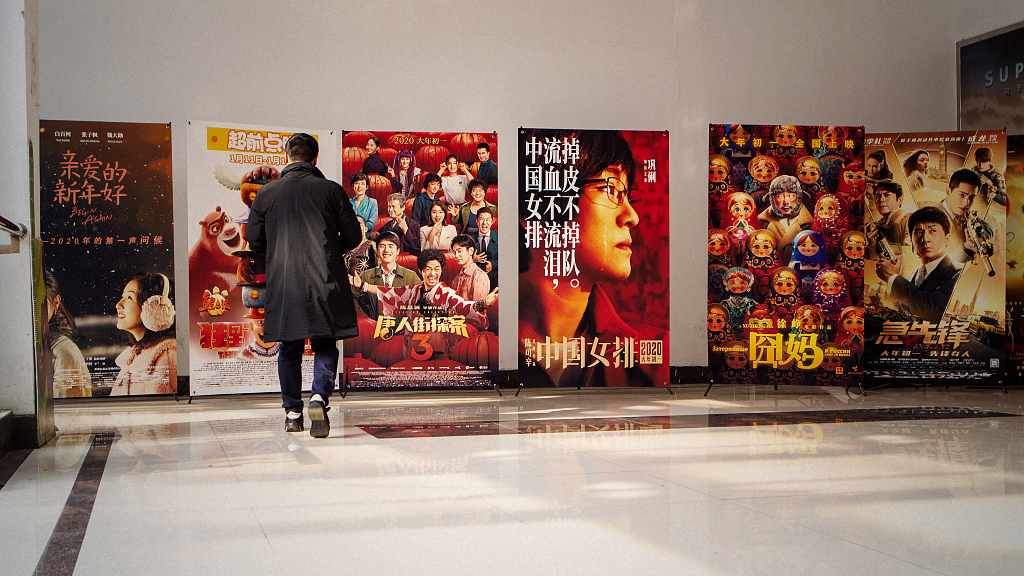 The film is the seventh installation of the popular animated series of “Boonie Bears.” It is the first time for the film not to meet its fans in time during the Spring Festival holiday.

The past six pieces were all released during the Spring Festival holiday and enjoyed great popularity among Chinese children.

Noting that Chinese people across the whole country are fighting with against the new virus, the statement said, “We don’t want to see our audience bear any health risks because of watching ‘Boonie Bears: The Wild Life,’ and let alone see the possibility of further spread of the epidemic.”

“We are actively contacting theaters and ticketing platforms to properly handle refunds,” reads the statement, which expressed apologies and sent wishes in conclusion.

Another Chinese epic animated film “Jiang Ziya: Legend of Deification,” produced by the studio Coloroom Pictures, whose most successful blockbuster is “Ne Zha,” then posted a statement on Weibo, announcing that the film will not get released as planned, and the company will cooperate with various channels to start the refund process to minimize the loss of the audience.

According to the statement, it took four years to finish the production of the animation, and all members of the production team have been looking forward to bring the new piece to the audience, while due to the pneumonia outbreak, it is time to work together to handle the epidemic and protect more lives.

Following the statements from “Boonie Bears: The Wild Life” and “Jiang Ziya: Legend of Deification,” more films announced to cancel their original release plans for the same reason, including “Lost in Russia,” “The Rescue,” “Detective Chinatown 3,” “Leap,” and “Vanguard.”

Following the announcements, “All Spring-Festival movies canceled releases” soon becoming one of the hottest hashtags on Weibo with over 120 million views in two hours.

New release dates for these much sought after titles are still unconfirmed.

The fierce battlefield at box office

The Spring Festival holiday has been one of the most significant and competitive battlefields in the world’s second-largest film market as 1.4 billion Chinese celebrate the most important festival of the year with family members.

In 2018, a total of 5.6 billion yuan (802 million U.S. dollars) was earned at the Chinese mainland box office during this holiday period, while last year, that total rose to 5.8 billion yuan.

In addition, the highest-earning film of the year is likely to debut during the box-office peak season. In 2019, domestic sci-fi blockbuster “The Wandering Earth” was set to be the year’s box-office champion before being defeated over the summer by the phenomenal animated film “Ne Zha,” which is now the second-highest earning film of all time in China.

According to an analysis of Chinese audience interest 50 days ahead of the Spring Festival holiday released by Alibaba Pictures’ big data promotional platform Beacon last month, audiences this year were seven times more interested in watching a Spring Festival film than the same period last year. The 1990s generation has become the dominant moviegoer group in China and contributed around 55 percent of the 2019 box office revenue, according to... Universal's epic war film "1917" and Sony's comedy film "Once Upon a Time in Hollywood" took home the top prizes at the 77th Golden...
Load more

Seven highly-anticipated movies, which were set to hit Chinese cinema during the Spring Festival holiday,...