Home Zoom In China-U.S. Highlights: The Story Of “Liulinhai” 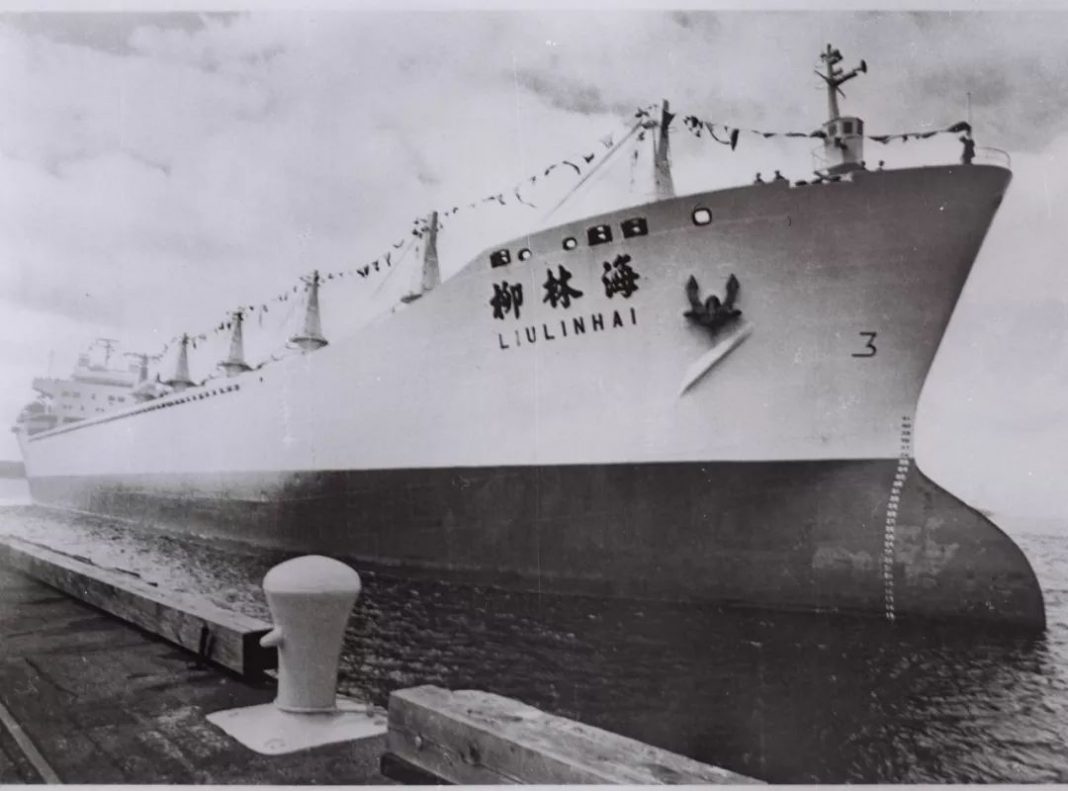 Editor’s note: This year marks the 40th anniversary of the establishment of diplomatic relations between the US and China. The years cannot tell you the story without photo and video recordings. The photo exhibition “Trans-Pacific Exchange and Cooperation” has officially opened at the Shanghai Municipal Archives, Bund Branch(Number 9, NO 2 East Zhongshan Road). The exhibition will last until August 15. More than 300 carefully selected photos highlight the cooperation and exchange between Shanghai and the US. We will select some of the archived photos and tell you the story behind them. Let us understand the history, center on the present, and look to the future. On March 25, 1979, “Liulinhai” left Shanghai. It sailed across the Pacific Ocean and arrived at the Seattle port on April 18. With this voyage, the maritime shipping route between the two countries was reopened. Bei Hanting, captain of “Liulinhai”, and the crew descended the ship to attend a celebration on the dock. They received a warm welcome from the American friends and overseas Chinese.

When he visited the United States on September 22, 2015, President Xi Jinping said that a Chinese cargo ship, “Liulinhai”, arrived at the Seattle port three months after China and the U.S. established diplomatic relations. That ended the history of no shipping service between the two countries for several decades.

“Liulinhai”, an ocean liner, made its maiden voyage from Shanghai to Seattle in March, 1979. It symbolizes the resumption of maritime shipping between China and the United States after a break of 30 years.

Bei Hanting, the first captain of “Liulinhai”, born in March 1926 and graduated from the Navigation Department of Shanghai Wusong Merchant Marine College in June 1949, had a long career in ocean shipping, who had been to over 80 ports in more than 40 counties and regions. He died of illness while on duty in 1985. 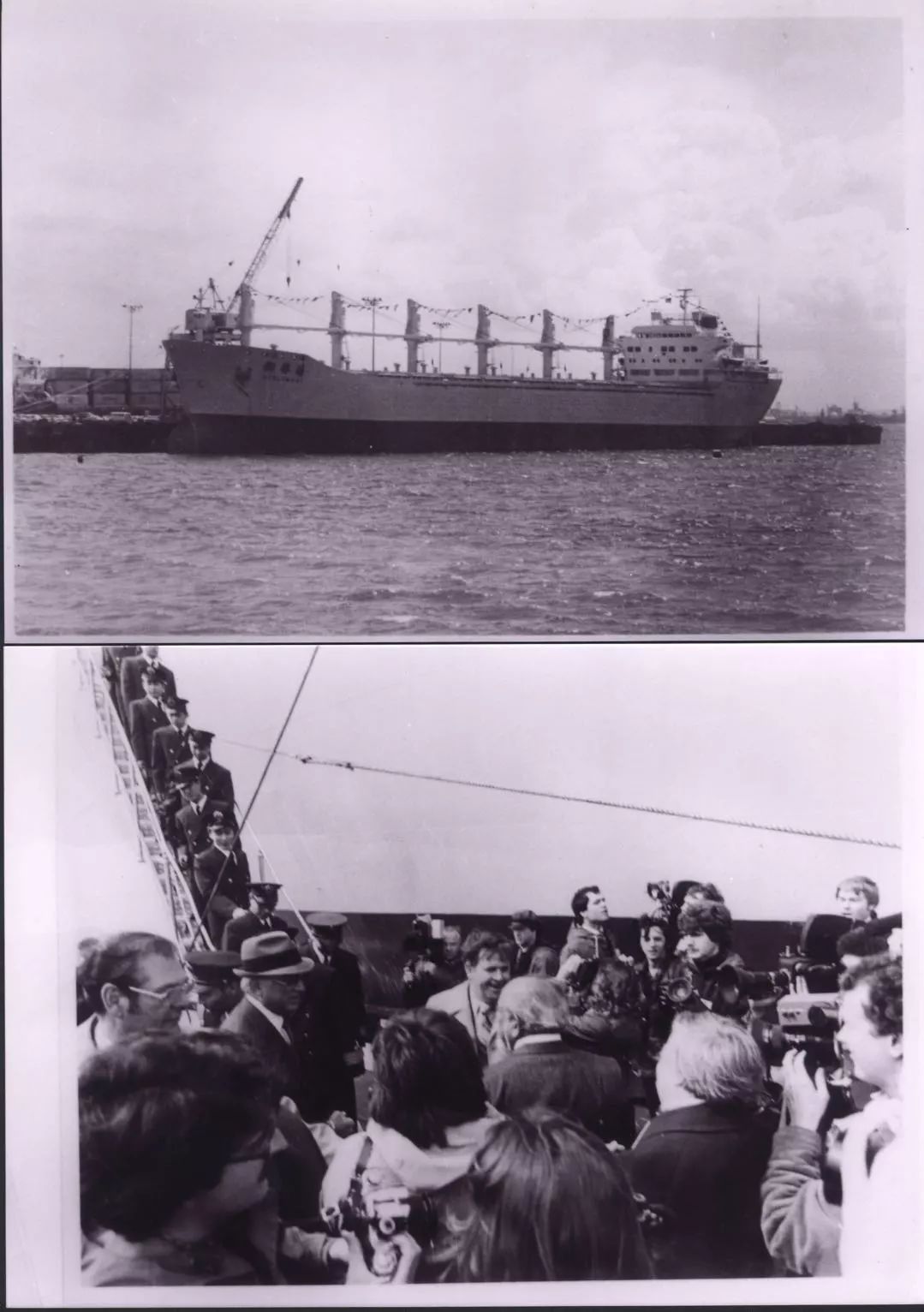 The U.S. government attaches great importance to this maiden voyage and holds a grand welcoming ceremony. Banners in Engish and Chinese, “Warm Welcome to Maiden Voyage by ‘Liulinhai’ of China to Seattle, the United Sates”, “Long Live the Friendship between the Peoples of the United States and China” and “Warm Welcome to Our Chinese Friends”, are hung above the wharf. (1979) 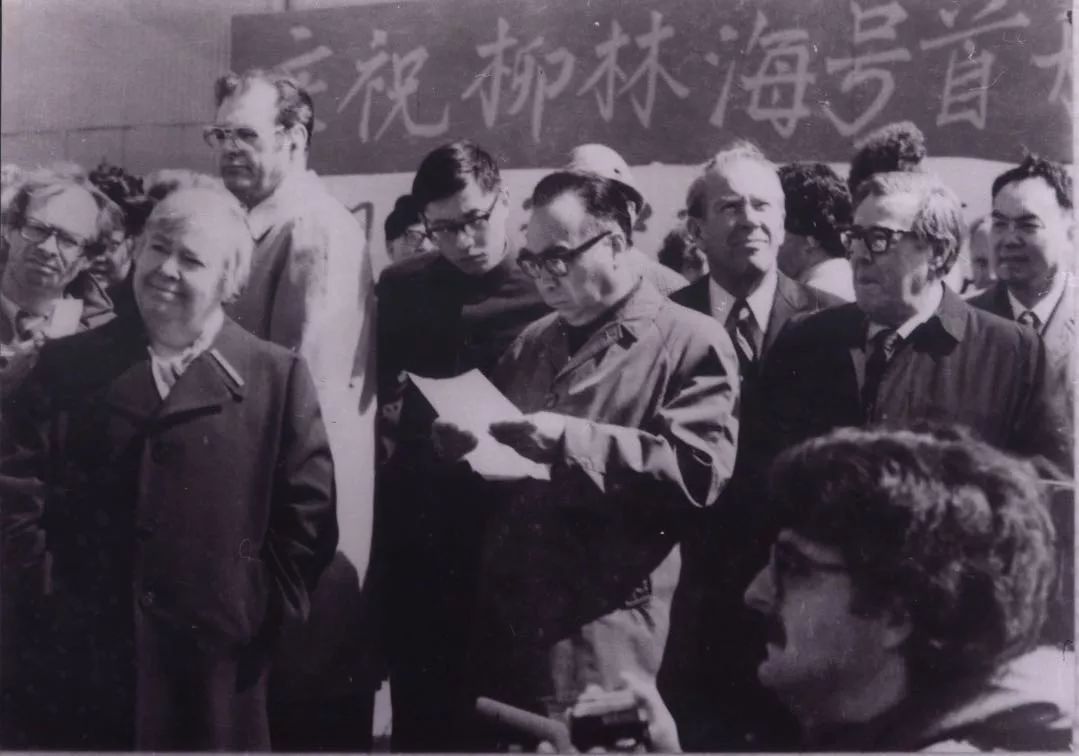 Picture shows Chai Zemin (fifth left), the first ambassador of the People’s Republic of China to the United States, delivers a speech at the welcoming ceremony. Picture shows the crew descend from the vessel, with Captain Bei Hanting at the front. As the battle against COVID-19 continues, everyone is doing their part, including several consuls general based in Shanghai, who have donated medical supplies to... Shanghai is arguably the most cosmopolitan city in China, with expats from all over the world making it their home. And amid the COVID-19...
Load more