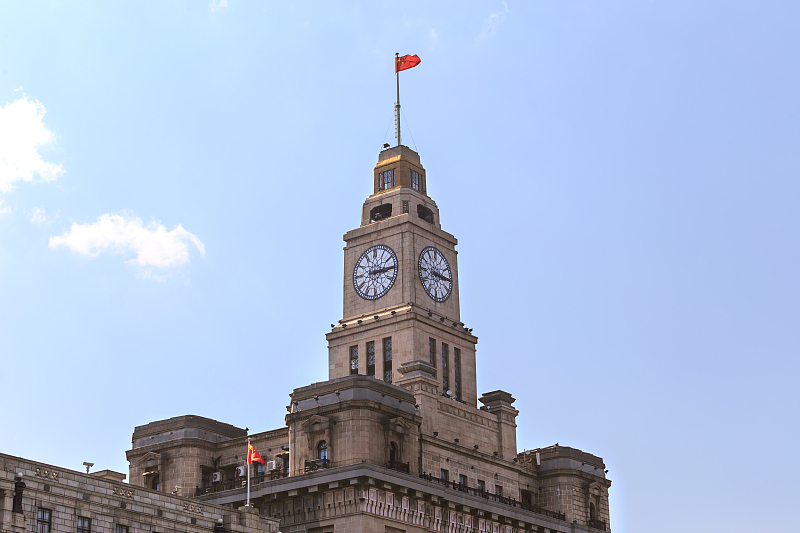 Two parts of the 91-year-old Shanghai Customs House clock on the Bund have been sent to the UK for examination.

A plan for the clock’s complete overhaul is being evaluated and the next step will be taken once the results from its original maker are known.

It still chimes every 15 minutes because of a GPS system that allows it to operate as an “electronic clock.”

The clock, a city landmark, has heralded generations of Shanghainese with its loud quarter-hour chime since it began operating on New Year’s Day 1928. It was designed and built by British clockmaker J.B. Joyce & Co.

However, last year, the clock started to have issues which prevented it from functioning normally, and sometimes it stopped ticking.

A popular tourist attraction on the Bund, the Shanghai Customs House on Zhongshan No.1 Road E. is 36.2 meters in height with a 43-meter clock tower. On the ceiling of the ground floor lobby, there are eight mosaic sailing boat frescoes made of tens of thousands of colored pieces.

The clock tower has four floors and the machinery floor is considered its “heart,” where hundreds of connecting gears drive the clock and three wire ropes tie up with three huge strikers.

About 100 pieces of white glass make up each of the four clock faces, whose diameter is more than 5 meters.