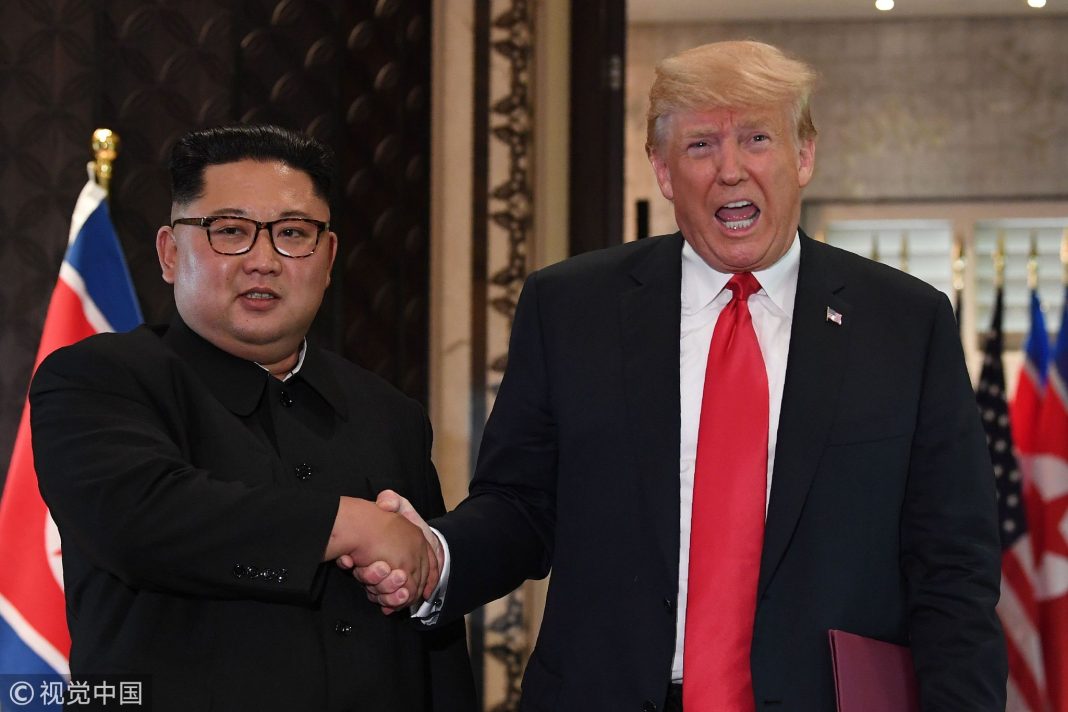 A letter from US President Donald Trump has been sent to Kim Jong Un, top leader of the Democratic People’s Republic of Korea, over the weekend, US media reported on Monday.

The letter “was flown to Pyongyang and delivered by hand,” reported CNN citing an anonymous source whom the cable network said was familiar with the ongoing negotiations between the two sides.

It has also been reported that Kim Yong Chol, vice chairman of the ruling Workers’ Party of Korea Central Committee, may meet US Secretary of State Mike Pompeo later this week in Washington.

Washington and Pyongyang have been working on details of the expected second Trump-Kim meeting.

Kim said last week during his stay in China that his country will make efforts for the second summit to achieve results that will be welcomed by the international community.

Trump said earlier this month that he expected to meet Kim in the “not-too-distant future,” after receiving a “great” letter from the top DPRK leader.

Chinese Foreign Ministry spokesperson Lu Kang said at a daily briefing on Friday that China always encourages the DPRK and the United States to meet each other half-way and resolve their own concerns through dialogue and consultation.

“China will as always play a positive role to this end,” Lu added.

The relations between the DPRK and the United States improved last year. Trump and Kim had their first summit in Singapore in June. Meanwhile, differences between the two sides remained over key issues including the scale of denuclearization, US sanctions and whether to issue a war-ending declaration. World ‘In Debt’ To China For Rapid Response The U.S. Centers for Disease Control and Prevention (CDC) said on Monday that there are now 53 confirmed cases of the COVID-19 in the...

The head of the World Health Organization (WHO) has said the world should be preparing for a potential pandemic caused by the novel coronavirus.  In...
Load more

A letter from US President Donald Trump has been sent to Kim Jong Un, top leader of the Democratic People's...