Summertime always comes with unbearable heat. To relieve the intense heat and have some leisure time with friends and family, Chinese people from north to south have invented various kinds of drinks and snacks using local ingredients.

The delicacies range from syrup to wine, to soup, and they have all something in common: they are either “cold” or “cool” in character, according to Chinese food therapy.

According to the theory deriving from traditional Chinese medicine, food can be generally categorized into “cold” (yin) and “hot” (yang). The term cold or hot is not referring to the actual temperature, but the inner character of the food. “Cold” food can reduce the body’s internal heat, which is good for treating symptoms like fever, thirst, and cough. “Hot” food, on the other hand, can generate more yang energy in the human body, and help to cure diseases like rheumatism, low body temperature, and fatigue.

Chinese culture encourages people to adjust their diet in accordance with the time and season. When the summer heat is as intense as now in July, it’s good for you to have some “cold” snacks, to keep a balanced body and stay healthy.

Suanmeitang, or plum syrup, is a traditional drink in the Beijing-Tianjin area, especially favored by the imperial court of the Qing Dynasty (1936-1912). Produced by boiling smoked plum, haws, osmanthus, licorice, dried tangerine, and rock candy, it has a sweet and sour flavor and a refreshing taste.

A specialty of northwest China’s Lanzhou, the capital of Gansu Province, is tianpeizi, meaning “sweet wine.” In Lanzhou, people start to prepare it after the Qingming Festival, while in some other areas of Gansu, the drink is a special dish for the Dragon Boat Festival. 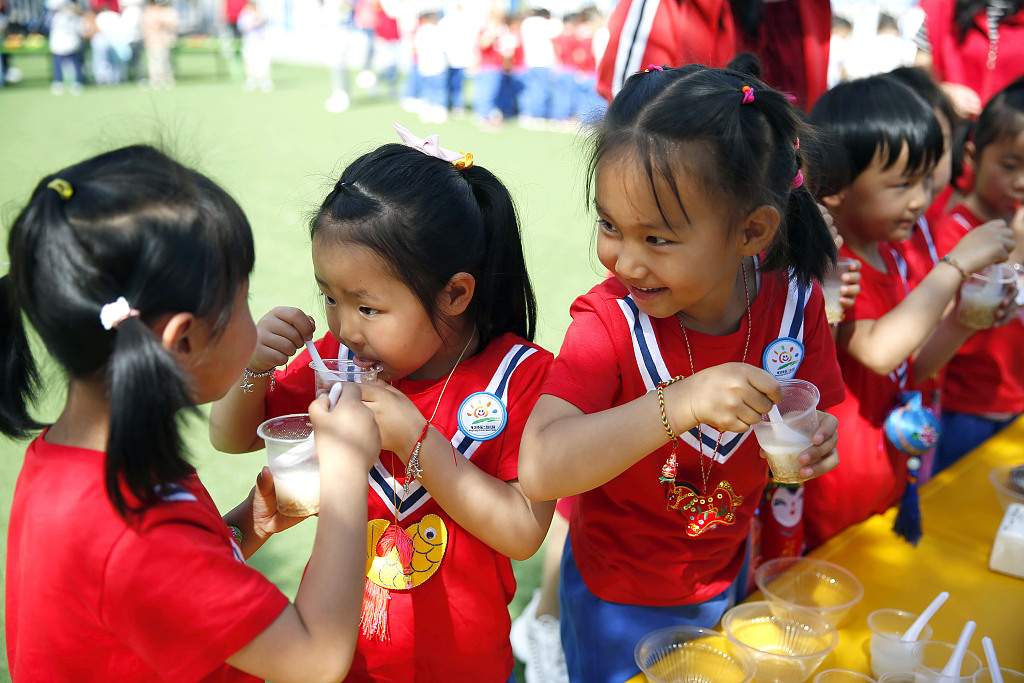 Tianpeizi uses wheat or highland barley as its main ingredient. After it is boiled and fermented for three to five days, the final product is done. It has a sweet, alcohol-like taste, and chewing on the wheat grains while drinking the wine is definitely a summer joy. The alcohol content of Tianpeizi is less than one percent ABV, as it is often mixed with milk or water. It is excellent for the digestive system and liked by children and the elderly.

Mung bean soup is ubiquitous across China, simply made of the water of boiled mung beans, with added sugar sometimes. However, the southeastern Chinese Jiangsu province presents a mung bean soup that comes with a lot more ingredients: the Suzhou mung bean soup.

With Red and green threads made by orange peel and edible pigment, glutinous rice, candied melons, and sometimes mint, nuts, and jujubes, the Suzhou mung bean soup is more like a creamy bowl of porridge (but not sticky), which is just suitable for those who are a bit hungry, tired or spending a lazy summer afternoon. 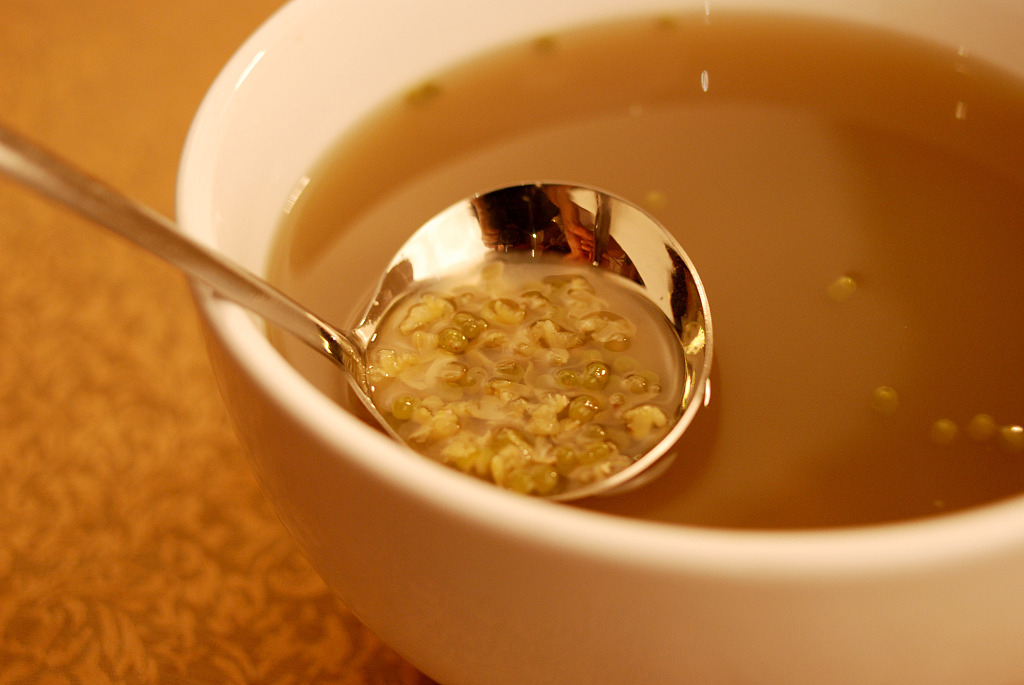 But notice that the mung bean soup can not be eaten when it has cooled down, according to Chinese food therapy. “Cold” food as it is, the lower temperature multiplies its “cold” energy, which is likely to cause harm to the body. Chinese often have it at room temperature. The plum syrup, on the other hand, can be cooled because the ingredients are mild.

Sophora flower drops of Nanning in China’s Guangxi Zhuang Autonomous Region are prepared like this: Grind Sophora flower and rice into rice milk, boil the milk until it turns into a paste. Filter the paste in a strainer before you get the drops. Put the drops into the chilled brown sugar soup; then the snack is finished. It’s called huaihuafen in Chinese.

The drops have a tender taste, while the soup has the sweetness and fragrance from the flower.

The herbal tea that originated in Guangzhou of China’s Guangdong Province is a vital representative of the traditional herbal tea culture in China. Historically, because of the hot and wet climate in the area, people began to drink water boiled by herbs with “cold” characters to keep healthy. The history of herbal tea can be dated back thousands of years.

Herbal tea is not only a beverage, as it also has excellent medical benefits. Different formulas of the herbs serve various functions from contributing to physical health to preventing certain diseases. The craft of making herbal tea made it to the National Intangible Cultural Heritage List in 2005.

The snack is made by boiled glutinous rice, vanilla extract, sugar, butter, fruit and ice cubes. A bountiful bowl of iced rice is not only a feast for your stomach but also your eyes, as the colorful fruit cubes look tempting. Summertime always comes with unbearable heat. To relieve the intense heat and have some leisure time...