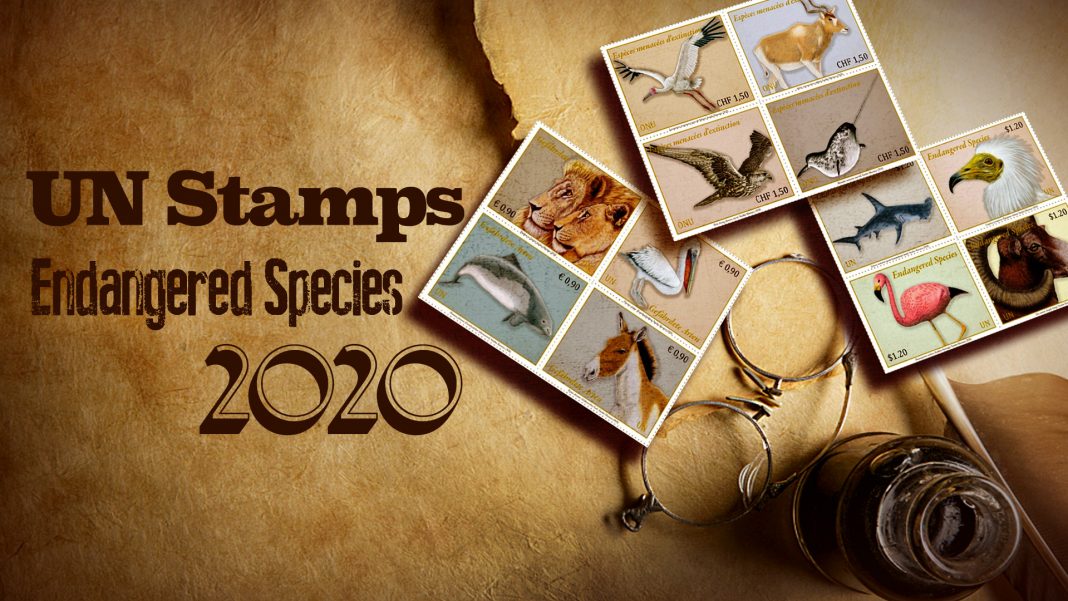 A special set of stamps featuring 12 endangered migratory bird, mammal and marine species was issued by the United Nations Postal Administration (UNPA) on Monday in a collaborative project with the Convention on the International Trade in Endangered Species (CITES).

The new UN stamps, as its 27th edition of the Endangered Species stamp, were launched on Monday when the Thirteenth Meeting of the Conference of the Parties to the Convention on the Conservation of Migratory Species of Wild Animals (CMS COP13) opened in Gandhinagar, India.

The CITES Secretary-General Ivonne Higuero and the CMS Executive Secretary Amy Fraenkel unveiled the stamps at the meeting, which is being held under the theme “Migratory species connect the planet and together we welcome them home,” and will run through February 22.

“COP13 comes at a critical time for wildlife conservation, with continued downward trends of habitat loss and species decline,” said Fraenkel, adding: “The conference will set in motion actions needed to better protect migratory species that rely on multilateral cooperation for their survival.” 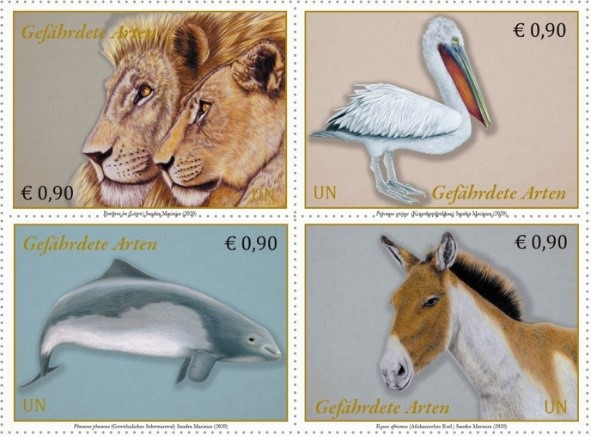 This year’s collection presents migratory species listed on the Appendices of both CMS and CITES, putting the focus on the endangered migratory animals for the first time.

Migratory species contribute significant environmental benefits, such as seed dispersal pollination, disease and pest control, and carrion disposal. In addition to ecosystem services and functions, they also bring economic benefits and jobs, for instance, through tourism. 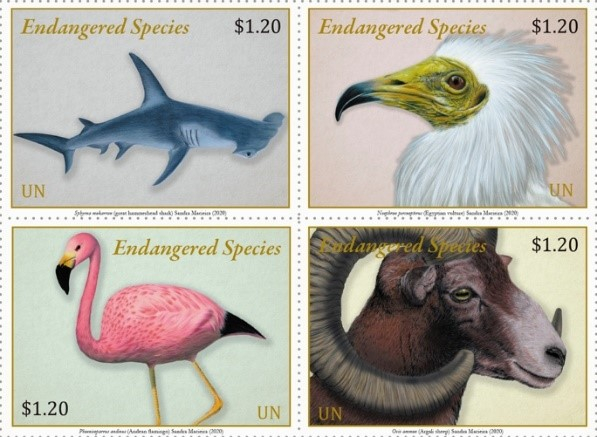 “This beautifully-illustrated set of stamps raises the profile of migratory species in a unique way, adding an important message to a cherished UN tradition,” said Fraenkel, adding that they will help raise public awareness about protecting the very species in the rapidly changing world. Higuero noted that the CITES and the UNPA have issued a series of stamps in a long-term cooperation to raise public awareness of the CITES-listed endangered species. And they are happy that these stamps are among the most popular series issued by the UNPA.

“Not unlike the letters on which these stamps might go, migratory species travel around the world to find their destinations and seasonal habitats,” said the CITES Secretary General.

“This year we are honored to invite our sister convention CMS to feature CITES-listed migratory species that are also covered by CMS,” Higuero added. “Both CITES and CMS work to ensure that these travelers can continue to roam the earth and still find a home to settle in.”

The latest series of stamps were created by Portuguese designer Sandra Macieira, showcasing a variety of species from around the world, including migratory birds, fish, mammals and aquatic species.

The 12 species shown on the stamps are: the great hammerhead shark, the Andean flamingo, the Dalmatian pelican, the Egyptian vulture, the saker falcon, the Siberian crane, the addax, the argali sheep, the kiang, the lion, the harbor porpoise and the narwhal.

Noting that the year of 2020 marks the ‘biodiversity super year,’ Higuero stressed: “We will continue to work closely with UNPA to explore creative ways in which the endangered species stamps reveal the various wonders of species biodiversity on our planet.”

The UNPA has been issuing stamps since 1951, illustrating the aims and achievements of the UN and its family of organizations.

Every year since 1993, the UNPA has been issuing a special set of stamps featuring endangered wildlife to highlight the need for the protection of endangered species throughout the world, and to celebrate beautiful and varied forms of wild fauna and flora on earth.

The UN Stamps Endangered Species 2020 is released globally and available at UN Headquarters in New York, Geneva and Vienna. It will be on sale on the UN Stamps website as well. 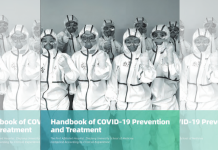 On March 18, a program named the Global MediXchange for Combating COVID-19 (GMCC) to help combat the global outbreak was jointly established by the... Virus Boosts Games Popularity, But Makes Them Harder To Get

As the impact of COVID-19 eases in China, its impact on the games industry is growing. While the virus has kept people at home...
Load more