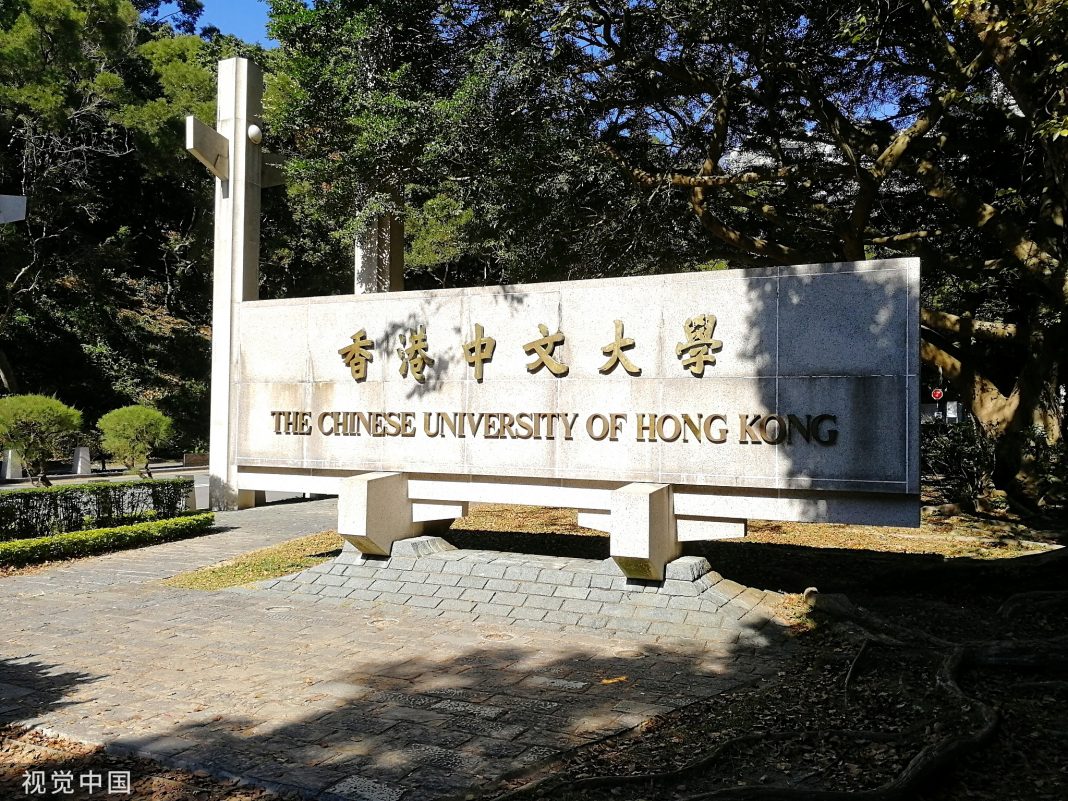 The Hong Kong police said on Thursday that the violence of rioters in the Chinese University of Hong Kong has spread to other universities in Hong Kong and has “taken another step towards terrorism”.

In the video footage displayed at the police press briefing on Thursday afternoon, rioters in the CUHK could be seen using giant slingshots to hurl burning objects, transporting barbed wires with trolleys, prying up a large number of bricks from the pavement and manufacturing petrol bombs in a way similar to assembly line.

The rioters used life-threatening weapons such as bows and metal arrows, and set fires at different locations on the campus, including an electrical distribution box. They even stole a school bus of the university to transport their accomplices around the campus.

“Panic is spreading across the campus,” said Chief Superintendent of Police Public Relations Branch Tse Chun-chung, adding that many CUHK staff have expressed concerns about the existence of a large number of petrol bombs as well as irrational rioters on the campus.

Out of the campus, the rioters kept throwing petrol bombs and hard objects from a bridge over Tolo Highway onto the carriageway, obstructing vehicles from passing by on the road.

“The rioters’ violence has spread to other universities in Hong Kong. Their acts have taken another step towards terrorism,” Tse said.

Outside the Hong Kong Polytechnic University (PolyU), some rioters blocked the entrance to the Cross Harbor Tunnel at Hung Hom, a traffic artery linking Hong Kong Island and Kowloon, set fires to toll booths, and threw hard objects from a footbridge at passers-by and vehicles.

Pictures displayed at the briefing showed that several black-clad, masked rioters were using bows and arrows to attack policemen and motorists outside the PolyU campus.

At the Hong Kong Baptist University (HKBU), rioters also manufactured petrol bombs on the campus and built barricades on a carriageway outside the campus.

The police have noticed that some supporters of the rioters were transporting weapons and materials into the campus, Tse said, pointing out that these supporters should ask themselves “whether they were doing a favor or harm to these young people”.

Tse urged the universities to stop condoning rioters using their campuses as “weapon factories”, and to shoulder responsibility of helping young people distinguish right from wrong and refuse violence.

The police have been in contact with the management of the concerned universities and meanwhile collecting intelligence outside the campuses, Tse said, stressing that the police will not stand by and do nothing if the campuses become breeding bed for crimes.

A total of 433 rivers in China have exceeded alerting levels since early June, with 33 of them rising to historical highs, said the...

Beijing recorded no new domestically transmitted COVID-19 case on Sunday for the seventh day in a row. The total number of cases stands at...

The Hong Kong police said on Thursday that the violence of rioters in the Chinese University of Hong...